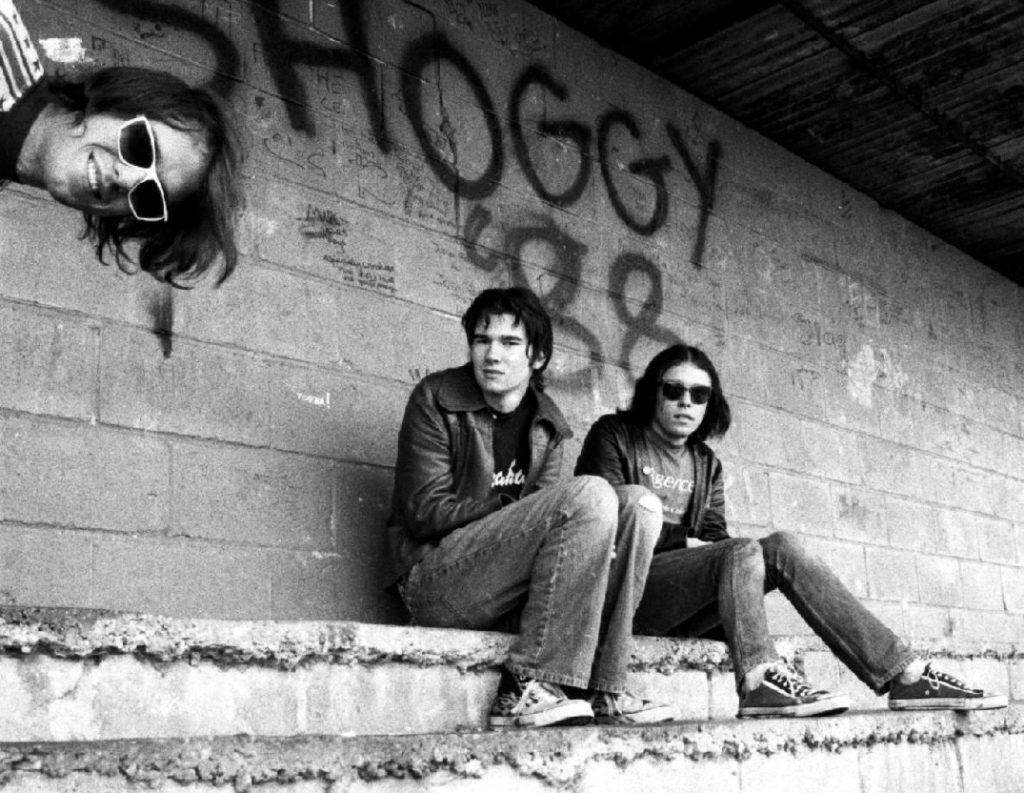 The Cribs open for Modest Mouse 9/9 at Iroquois Amphitheatre.

British rock band, The Cribs, are making their first stop in Louisville opening for Modest Mouse on Friday, Sept. 9. The three brothers, Gary, Ryan and Ross Jarman were inspired by the loss of Kurt Cobain to make music a career and haven’t looked back since. Forming in 2001 was serendipitous for the band as The Strokes had become popular in indie rock and helped open a few doors for the Cribs as labels searched for the UK version of the Strokes. However, The Cribs are the Cribs and the Strokes…. well, probably, if you’re reading LEO, you already know. The Strokes have garnered a strong following of diehard fans. LEO had the chance to ask Gary Jarman a few questions about the band, working with Johnny Marr and deciding to become a musician.

LEO: Working with your brothers and at one time Johnny Marr must serve an interesting mix of creative energy. What has the journey been like and how to you solve conflicts?
Gary Jarman: When you grow up as brothers you have certain things that are really engrained — from a diplomatic perspective but also extending to our tastes and influences. We grew up with a shared record collection and a naturally established family dynamic between us, so all the band stuff has always been pretty instinctive really — from the records to the live shows, we all pretty much trust each other and know how each other is gonna react for the most part. When Johnny joined the band, most of our early meet-ups and hang outs were focussed around conversations about our ideals, why/how we got into music, and our cultural views, etc. — so we really bonded with him over a shared idealistic and romantic viewpoint about what being in a band is all about.

What projects are you currently supporting and is new work on the horizon?
We are currently on the final leg of a U.S. tour with Modest Mouse, which has taken up a lot of the year. We also re-issued our first 3 albums, for the 15th anniversary of Men’s Needs, Women’s Needs, Whatever, and did some U.K. stuff around that. We are also about to release a 7-inch of our very early 2001 demos on Kill Rock Stars which will be really fun. But, once this tour is done, we will be coming off the road for a while to figure out what’s next.

What bands are you currently listening to?
For new bands, I really like Shutups and Midwife. The new Quasi and No. 2 records are also great. Haven’t heard a ton of ‘new’ artists that I love though, recently.

When you are writing songs, certainly like all artists writing from life experience, how do you decide whether the experience is one that’s okay to put on paper? Do you ever second guess?
We never talk about it between the three of us. As I say, we pretty much know what each other is thinking or going through anyway, so even if the lyrics are cryptic, we pretty much understand what each other is writing about. But we never ask each other about specific lyrics cause otherwise there’s a risk of clamming up. The main criteria is writing words that you can still be enthusiastic about singing hundreds of gifs down the line! That’s the real test I guess. We believe in honesty though, no contrivance — though I don’t love lyrics that are too in your face.

When did you know that this was what you wanted to do?
Probably around 13 years old, just after Kurt Cobain died. We were small town kids and that deeply affected us. Really inspired us to pick up guitars.

Have you been to Louisville before? Pro tip: don’t mention bourbon or horses onstage…. it’s boring. You’ll get more cheers for Muhammad Ali!  Often people come to Louisville with a menu of KFC and other things they want to try. What would you like to see, eat or do in Louisville before your show?
We have not been to Louisville, but are really looking forward to it. I was really excited to see the venue, and read that Ali had boxed exhibitions there. We love to play historic type venues, so was cool to see the history of the amphitheater.

The Cribs open for Modest Mouse at Iroquois Amphitheater on Friday, Sept. 9. Tickets start at $28.50.