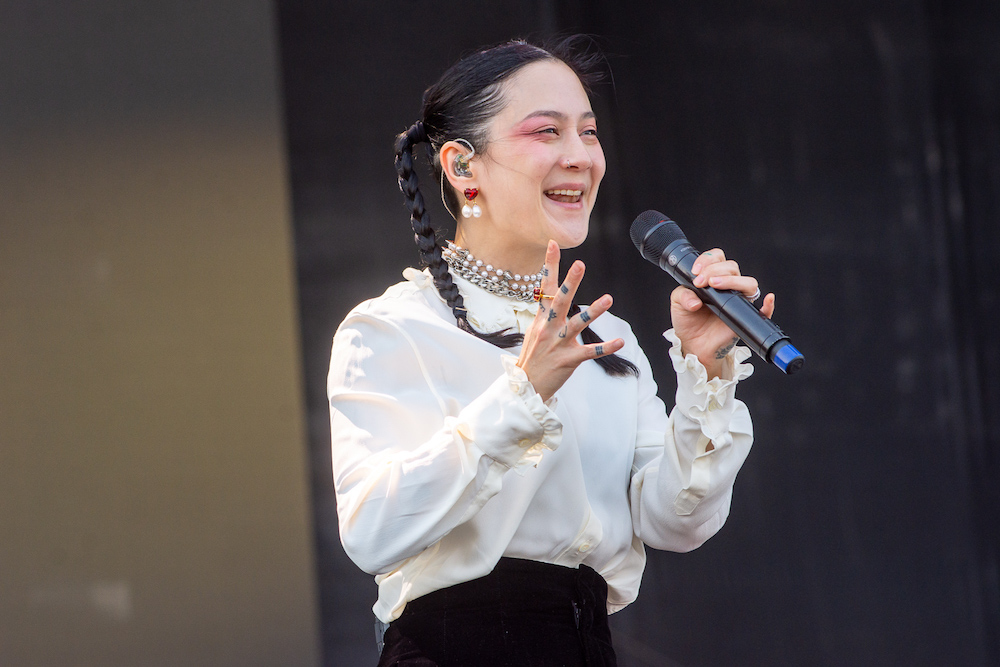 For the first time since 2019, Bourbon & Beyond is back. And the rock and roots music festival delivered a great time on Thursday, the first of four days that will see dozens of acts grace the stages on the grounds of the Kentucky Expo Center.

It’s going to be a long weekend full of talented artists, but here are the ones who really shined on the opening day.

Japanese Breakfast was ranked first on my list of bands to see at Bourbon & Beyond, so it’s not personally all that surprising to find myself writing about this set, but I did have a tiny worry going in: would the lush, deep soundscape of the records and Michelle Zauner’s dynamic voice in the studio translate to a large, outdoor music festival? The answer was a resounding yes. Just like Japanese Breakfast’s latest record, Jubilee, the live set immediately pulled the audience into their sonically-interesting and emotionally-intense universe. The band isn’t quite pop or shoegaze or rock, but it’s also a little bit of all of those things, and that versatility was on full display and seamless. They even played a track from the soundtrack they did from the video game “Sable,” and it was one of most charged and fulfilling songs of the day.

With live shows at music festivals, high-energy sets are usually the most memorable, and, of course, that’s something that Shakey Graves brings in waves. With all of the band members dressed like the college professor version of Indiana Jones, Shakey Graves gave the sort of striking performance that the act has become known for. While the project started as a one-man act for Alejandro Rose-Garcia, he brought a full band out on stage for Bourbon & Beyond, which definitely created a fuller sound, but also didn’t detract from the scrappy style that made Shakey Graves famous. They played the hits, did what they needed to do, and gave a rock-solid performance.

Jack White played a career-spanning set that carved through the decades with precision, playing well-known and deep-cut songs from his solo career as well as his work with the White Stripes, The Raconteurs and The Dead Weather. It was a master class in weaving together an incredibly thick discography and musical history. He opened with the 2021 song “Taking Me Back” and closed with the massive 2003 hit “Seven Nation Army.” In-between he struck more of that balance, performing songs like “The Hardest Button to Button” by the White Stripes, “Steady, As She Goes” by The Raconteurs and his own “Lazaretto.” To be honest, I didn’t think that I needed to see Jack White again — that I already had seen him live enough through the years — but I was wrong.