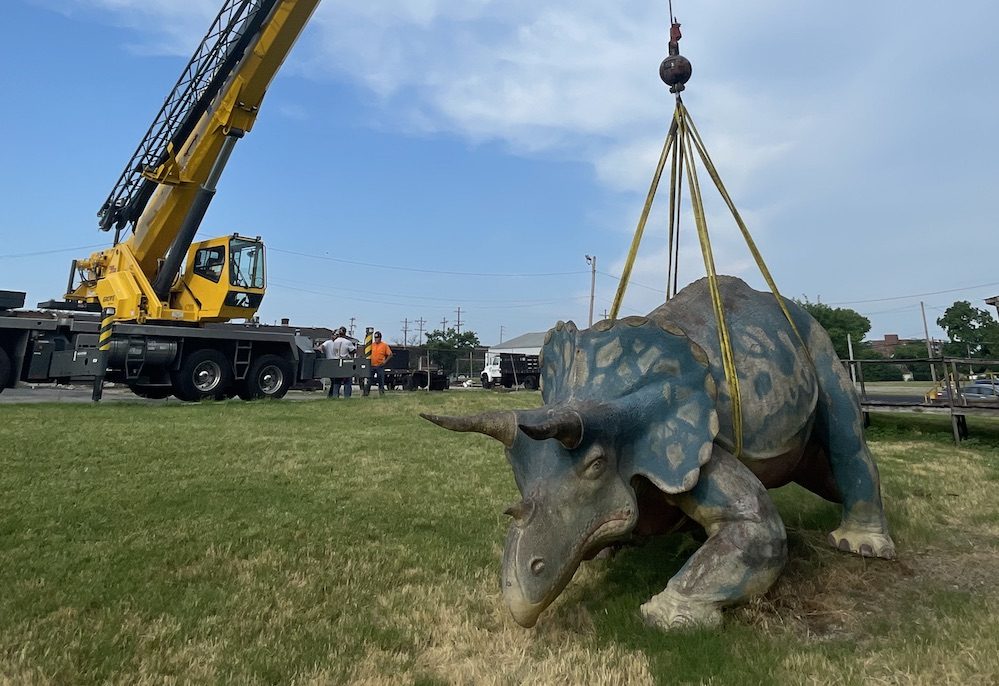 If you’ve been around Louisville for a while, you might know about the 26-foot long, 4,800-pound triceratops that roams the grounds of the Kentucky Science Center. The triceratops, fondly referred to as Lottie (or LOT – Louisville’s Own Triceratops) is a fiberglass model from the 1964 New York World’s Fair, created by Sinclair Oil.

The installation originally appeared in Louisville around 1979, but was moved to the Science Center’s warehouse for repairs in 2008.

Now, freshly refurbished, the Triceratops will be installed atop the parking lot elevator that connects to the pedestrian pedway over West Washington Street. This placement was chosen to protect the installation from flood damage.

“From its new perch above West Washington Street the Triceratops will be the perfect welcoming committee, encouraging locals and visitors alike to Do Science with us,” said Kentucky Science Center CEO Mike Norman in a press release.

In celebration of the new installation, the Kentucky Science Center is hosting a contest to name the famous dino. The public can make a donation in support of their favorite name (Cera, Lottie or Topps), with the name being announced at a special Dino Day event on Saturday, Sept. 17.