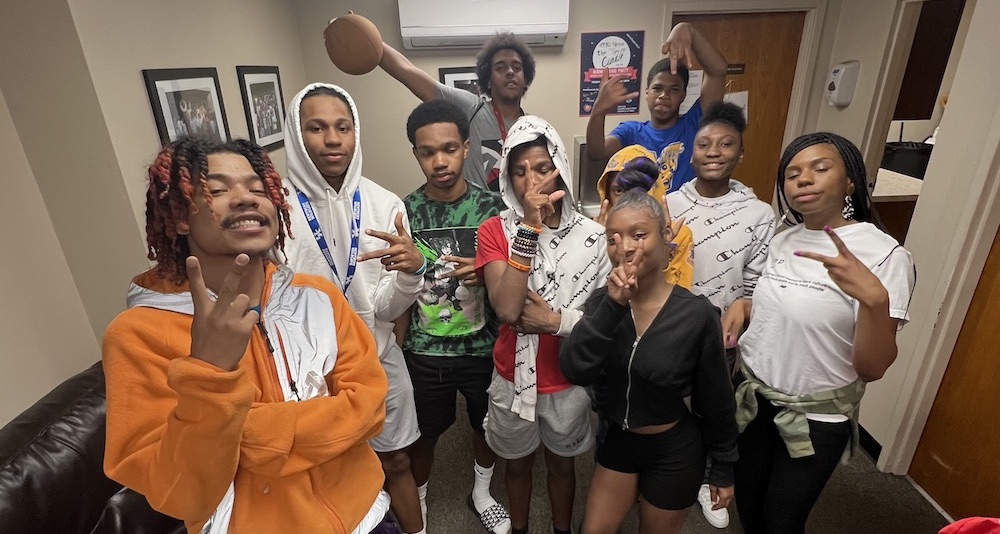 Louisville music is something to love, and it’s love that makes the music.

No matter how hard you try, you can’t force growth. Growth comes from within, which is why the future is bright for Louisville’s music scene: The city is bursting at the seams with talented musicians and a local fan base that’s expanding to include national audiences.

When music fans in Louisville pop out to support their favorite local artists, they are as much screaming for the city itself as they are the artists. There’s a reason.

“I love making music because it allows me to express myself to the fullest,” said Asly Toro, a singer/songwriter who moved from Venezuela to Louisville eight years ago at age 19. “What I give to the audience is my true self-performing and telling all these different stories through songs and movements … it’s just magical.”

Jarrod McClellan, bassist for Mr. Please, shared these thoughts on the love that makes music: “When I’m performing with Mr. Please, one of my primary goals is to build a connection with the audience. I look at our music, and especially our live improvisation, as a living, organic being. I want people at our shows to feel like they’re as much a part of manifesting this musical being as the ones playing the instruments.”

Every weekend since 2017, from March to October, John Young has gone to Mellwood Tavern for a recurring concert series called Sunday Service. “We all show up for the music. The vibe is hippy jam bands, bluegrass, jazz, soul and funk. They’ve nicknamed me the Mayor of Mellwood because I always let loose and have fun. I’m a fixture there,” he said. “We have an amazing local scene no matter what genre you’re into.”

DeShawndra Ray, who manages hip-hop artist Bblasian, noted how Louisville has been consistently supportive of the best local music. Ray said that Bblasian been dealing with some issues with his label, which is why he hasn’t released new music.

“The fans have been turning out and supporting him through it,” Ray said. “They’ve been showing up for him. And overall there are a lot of good things happening for artists here.”

Louisville, armed with its fleur-de-lis, has that je ne sais quoi, that certain intangible something that translates to a vibrant music scene across genres. Yet, there is something missing. The most established music cities, such as Los Angeles, Nashville and Atlanta, are magnets for commercially-successful artists looking for the best resources in the business. And these cities are able to keep local talent local, because if you’re an artist, why leave a city that nurtures your craft?

Unfortunately, it is the case that many Louisville musicians equate success with getting out of the city, escaping violence and poverty, and finding wealth, peace and a great big party somewhere else. This rags-to-riches fantasy is fueled by need and blind hope, and frequently ends with disappointment and depression.

“Street violence has led to fear-based thinking, especially for hip-hop artists. People are looking for freedom from that, and freedom from poverty, and they are looking at music as a way out. And it can be, but not always. Certain changes in the music industry could make Louisville an even better foundation for artists than it already is,” said Ray. “Creating longterm career opportunities in music can help solve street violence from the outside in.”

With leadership and strategic funding, all these things are possible: a thriving community of well-trained producers, engineers, and managers; optimized studios equipped with the latest technologies; collaboration between artists and venues across genres; top-tier photographers and videographers providing necessary visuals; Louisville music bringing films, television, and commercials to life.

Ray points out that there is an existing program, Academy of Music Production Education and Development, or AMPED, with the mission and resources to offer productive afterschool and summer camp environments for kids to explore their creativity through music, learning songwriting, music composition, recording, engineering, audio equipment setup, video, photography, and other fundamental skills that can set them up for a career in music.

“I went to AMPED in March with Bblasian because Executive Director Dave Christopher invited him to visit the kids in the program. When we walked in the front door, I immediately heard the sounds of music coming from all corners of the building. They have practice rooms, production rooms, music lessons. Everywhere you look there are kids engaged in music making,” said Ray. “In the smaller production room I sat and talked with a kid who was making beats on FL Studio. He told me he is in there all the time practicing to make his beats better.”

It’s interest tipping over to obsession that makes an artist, and AMPED fuels that.

A less formal yet deeply impactful group, Louisville Creative Connection, has formed at lightning speed. “Every city that has grown into a magnet that attracts and keeps creatives has started with a thriving community, and that’s what we facilitate,” said co-founder Jason Morales. “We host events all around the city that bring artists of all kinds together.”

The LCC team just made a short fi lm that’s the first in the series highlighting artists. They clearly take music seriously, evidenced by the inclusion of Allen Vice, Adonis Gentry, Q Stiles, Colton Clark and Safire Ball, all local music artists speaking on the connection between music and community, inspiring viewers to come out of the closet as creatives and actualize.

The state of Kentucky is serious about bourbon, and the Distilled Spirits Tax Credit is evidence of this. Tax breaks for music scoring in Tennessee and Georgia and incentives for music industry jobs creation in Louisiana demonstrate that those governments connect the dots between a thriving music sector and the overall economic health of their states. Leaders in the Louisville music community would do well to follow the bourbon industry’s roadmap to getting heard by elected officials. Officials need to recognize their part in supporting music.

Potential to pave a financial path for musicians is signaled by the presence of commercially successful artists such as EST Gee, Bryson Tiller, Vory and Jack Harlow. There’s no reason to think Louisville doesn’t have more stars up its sleeve.

Louisville’s most famous artists make it a point to pay homage to Louisville, and do so generously, but whether they are actively involved in building a world-class infrastructure that will transform Louisville into a music-making destination for artists nationwide, while also helping retain top talent in the city, that’s another question. Their own needs are met by the best producers, engineers, studios and visual teams in the world — wherever they may be — and they don’t rely on Louisville.

400 Recording’s new owner Nick Meredith is hopeful about what is to come. “I think we’re definitely headed in the right direction compared to where it used to be. There’s an actual culture and a community. It used to be that if an artist was performing, they would get their friends to come out and support, but going to a local show wasn’t the thing to do on a Friday or Saturday night. That has changed.”

The number of venues regularly featuring live music is proliferating.

“I usually go see live music every night of the weekend. Headliners Music Hall, Zanzabar, High Horse. These are just a few of the places. Based on the talent I’ve seen here locally, I don’t see any reason why they shouldn’t be nationally-known bands,” said Doug Baird, a music fan who can list off local musical acts like they’re letters of the alphabet.

The present moment for Louisville music is pivotal. The DNA is exactly right for a major come-up. •