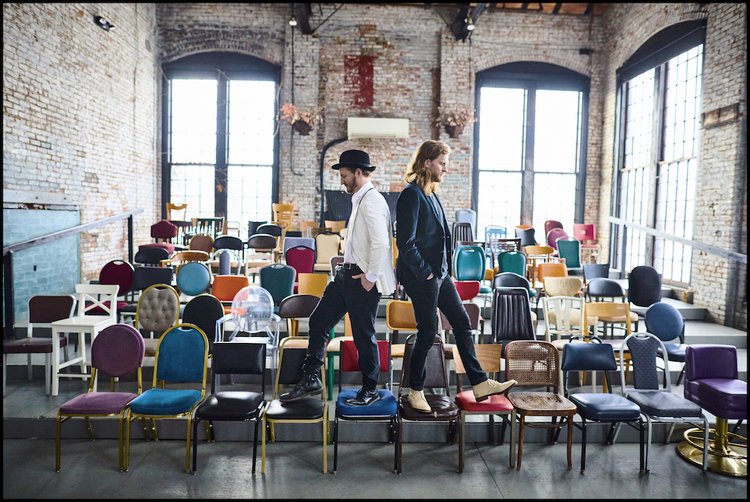 The Lumineers come to Louisville August 31 at the Yum Center.

The Lumineers released their fourth studio album BRIGHTSIDE early this year, and now they’re deep into a world tour. They’ll be in Louisville at the KFC Yum! Center on August 31.

Expect a feel-good, sing-along vibe where the band and the audience unite around a shared emotional core, carried along by songs sung daily in the car, the shower, and the kitchen. The Lumineers’ catalog is loved by fans worldwide, cutting across age, gender, and cultural differences.

How endearing that this was all kicked off by their lilting 2012 anthem Ho Hey, which has earned 852,286,851 streams on Spotify, and many more elsewhere.

The song’s magic is simple and crisp.

Who can’t get behind that?

The last time the band played Louisville, the COVID-19 pandemic was creeping in, and the tour supporting their third album, III, was about to be interrupted.

“We typically pop down into the crowd during our shows, and I remember being warned to stay on stage and not get too close to people,” lead singer and guitarist Wesley Schultz said, recalling the 2020 concert. “We weren’t quite sure how this thing was spreading and how serious it was.” 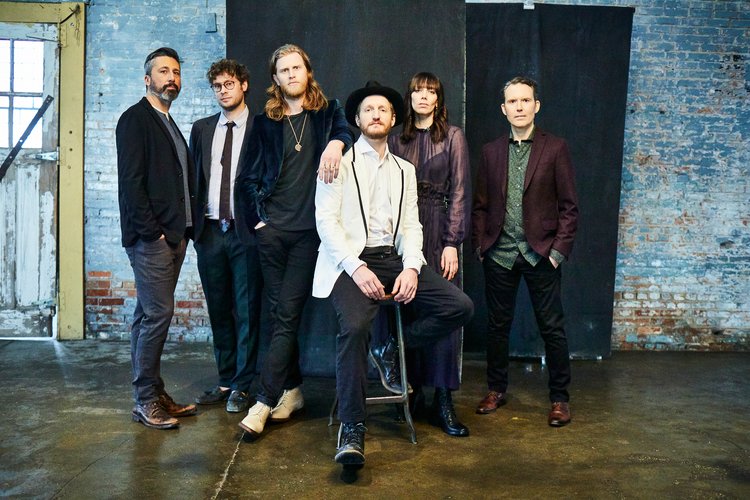 LEO Weekly asked Schultz what else he remembers about Louisville.

“Well, you know, the most obvious is my security system at home, which is the bat that I was gifted by Louisville Slugger. … Every time I go to bed I look at it and think of Louisville. I [also] remember the Mohammad Ali museum and walking by that. My dad was a Mohammad Ali fan, and used to go to the drive-in and watch the fights and stuff like that,” said Schultz.

His father, a psychologist who passed away in 2007, instilled in Schultz the importance of lyricism. Boyhood experiences of listening to music with his dad figure prominently in the artist’s mind.

“Well, a lot of stuff I was exposed to as a young kid was because of my dad’s love of music. You know, he really loved Billy Joel. He really loved Leonard Cohen, The Cars, Talking Heads. I think those were like the big four in our car. There were, like, four tapes and we would pick between them. …  [He] would always sing out lyrics and laugh at a certain line or … say, ‘listen to this part.’”

“He’s not alive for me to ask him now, but like, I think what he really loved about the music … there’s kind of an absurdity to the human condition, you know? … He was talking to people, he was listening a lot and trying to help people work through things. And he was fascinated by people. And I think some of the best songs have these characters in them … that we all sort of identify with,” continued Schultz. “We’re all full of these very interesting twists and turns that the outside world might not suspect.”

Coming of age under the tutelage of an attentive and alert music lover may have been the primary driver for Schultz’s music career.

The Lumineers’ die-hard fans connect with the music on every level, but it’s the lyrics that have inspired the most devotion. If Schultz hoped he could channel his father’s enthusiasm for great songwriting and his passion for helping people, his dreams have come true.

A few years ago, Maria Butcher of Orlando, Florida, had a hell of a hard time. First, she dealt with a total heartbreak: a big love that was lost. She listened to The Lumineers every day to find her way through it. Then, after a subsequent careless mistake, as she described it, she made a decision to terminate an unplanned pregnancy.

She posted the following to her private Instagram account (and gave us permission to share it): “… I made the hardest decision I’ve ever had to make. To exercise my right to choose. And I listened to [The Lumineers], sang my heart out surrounded by friends. I listened to them to calm my heart after I saw the news, I listened to them to steady my breath during the car ride and after the procedure. And I still play them when I find myself wondering what kind of mother I would have been if I had only been ready to be one.”

When Schultz heard these words, he responded, “I’m grateful to hear a sort of a testimonial or like someone who’s saying, ‘Hey, this connected with me, and here’s how,’ because that’s what the music I grew up loving and listening to did for me. What I hope to do is carry that forward in that tradition of what music has done for me and be a part of that lineage.”

It’s that imperfectly perfect combination of instruments, melody, lyrics, and voice that provokes and coaxes out emotion. This is what The Lumineers are best known for.

“I think the role of music at a more zoomed-out level is to try and make people feel. … It’s become a habit now culturally where it’s very easy to kind of zone out and kind of numb,” said Schultz.

The band’s shows are intended to cut through the haze of the pandemic lull, and they are finding that this spark is welcome.

“[During this tour] there’s been a whole lot of emotion, you know, from the crowd, back to us, back to the crowd. There’s a lot of tension and residual emotions that have kind of stored up. And I think being at a show, it’s like this release, like months of therapy or something. So you just feel like you can let it out.”

If an evening of connection and awareness sounds like a good idea to you, get your tickets to see The Lumineers at KFC Yum! Center on August 31 by clicking HERE.