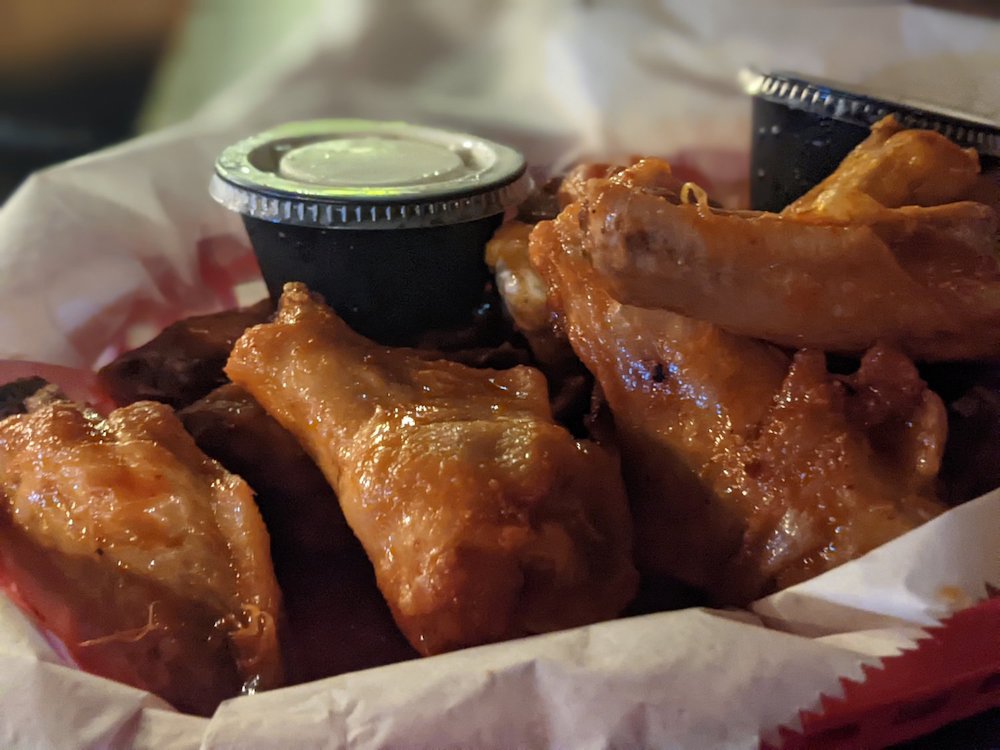 When Spring Street Bar & Grill, the staple in Irish Hill, closed down during 2020, it dawned on me that I would never be able to enjoy their signature wings again. I may have been premature, thanks to the folks behind High Horse Bar.

In July, High Horse announced that this fall it would reopen Spring Street, which had previously been in business for more than three decades.

In anticipation, High Horse is currently testing out food recipes for the forthcoming Spring Street menu. First up: The wings, which were featured during a pop-up at High Horse from Aug. 3-7. And based on my taste test, what Dennie Humphrey and friends are rolling out there are pretty darn close to the wings I remember so fondly.

My buddy Butch and I split an order of 10 and, unfortunately, the first one I grabbed was one of those rogue drummettes that is broken and awkward to eat. And I’m not going to lie, the meat on it wasn’t quite up to snuff, either. It actually made me feel bad for whatever happened to that chicken. That was a big early strike.

After I picked what I could off that dud, I grabbed a flapper, and was pleased to find it was crispy, nicely meaty and of apparent quality. It was at that point I dug through the rolodex of my memory to see if indeed this sauce was the same used to such success as Spring Street. I will say this: It’s darn close. It’s buttery with just a nip of heat from the staple Louisiana Hot Sauce. Classic flavor, no frills.

Was it exactly right? The High Horse team procured the menu from long-time Spring Street Bar owner, so that’s why it tasted so familiar to my taste buds.

I will say this, I believe the sauce consistency I had at High Horse may be just a tad thinner than what I remember from Spring Street, and in my estimation it could use a couple more shakes of black pepper. Otherwise, it’s on the money. I also noted that the wings we had might have benefited from another 30 seconds to a minute in the fryer.

And it was about the time we each grabbed our second wings that we noticed they were sitting in about a half inch of the bright red/orange sauce, making it almost essential to roll each wing as you grabbed it to maximize coverage. Doing that made the wings seem even more familiar and more delicious.

I ended up having a couple more drummettes, both of which were high quality (that first one was clearly an outlier), and I’m not going to lie — once all the wings were gone, I sat there dipping my finger in the sauce and sucking it off my finger like some sort of animal. I’m sure the people around me were disgusted — unless they also had the wings. In that case, they probably did it as well.

The price for the rollout was a super reasonable $6 for five wings, although I would expect that to go up a bit whenever Spring Street reopens. But I would be happy to pay a little more, if only to bring back those memories.

I’ve heard no word on what the full menu will look like, but I can’t wait to have it back in whatever form. When it closed down, I bought a couple of the original barstools. I remember going in late on many weekend nights and ordering off the menu — we called it Basket O’ Bacon. And the cook would literally cook up 10 or 12 strips of bacon for us to help soak up some of the beer we’d consume. It was heaven, even it probably took years off our lives. And those wing Mondays — let’s just say Tuesday morning could get a little dicey.

Here’s to Brian Goodwin, Dennie Humphrey, Marie Zahn, Calvin Philley, Ben West, James Wise and Chef Roger Romines for bringing back a Louisville icon, and the wings that went with it.