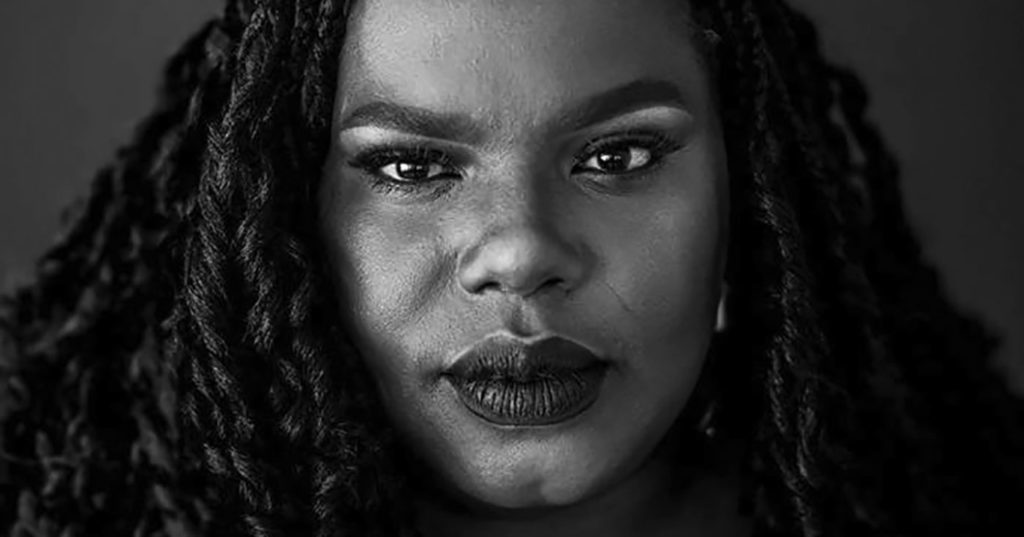 ON. AUG. 22, I learned about the suicide of Chris Wells, a leader in the Breonna Taylor Protests. I would rarely be at Injustice Square Park and not see Chris. He could not be missed — tall, slender, well-dressed, often donning sunglasses. He towered above others in the crowd, often with a megaphone in his hand. Some people ask to be leaders. Others simply emerge as leaders. When I got the message that Chris had died, all I could think about were the shadows that linger in this city. Kentucky and I have a love, hate relationship. For all the slivers of light that I see, this is a city of shadows.

When I think of the death of Chris Wells, I am reminded of the Butterfly Effect, a phrase coined in the 1960s by Edward Lorenz. Merriam-Webster Dictionary defines, the Butterfly Effect as, “a property of chaotic systems (such as the atmosphere) by which small changes in initial conditions can lead to large-scale and unpredictable variation in the future state of the system.” Essentially, it seeks to demonstrate how one small, simple event can cause a cascade of events.

One lie told by Officer Joshua Jaynes spun a typhoon within our city, creating violent winds that have torn entire lives apart. We had no time to prepare for the storm that was coming.

The thread that is woven through all their deaths, creating a tapestry of pain and heartache, is the one lie that Officer Joshua Jaynes told to secure a no-knock warrant and enter the home of Breonna Taylor and Kenneth Walker. How different would life be if Officer Jaynes did not make the reckless decision to lie? His one lie impacted so many lives. His one lie set off a chain of events in this city, and we still feel the aftershocks almost three years later. How many more people must die because one officer chose to lie?

Even beyond those who have passed away, I think about all the people that have been affected by Officer Jaynes’s lie. While not physically dead, the emotional toll his lie has taken on all of us feels like we are slowly bleeding out. We try to cover our deep wounds with temporary BandAids, not knowing the slow bleed will be fatal.

I don’t think Louisville understands what it means for everyday citizens to have the city declare war on them. To come to the understanding that the city you live in, the city you love, was willing to kill you to protect a building. I don’t think this city understands what it means to have rifles aimed at you, to be teargassed, shot at with rubber bullets, fl ash banged and threatened. We were declared an enemy in our own state. Life doesn’t just go back to “normal.” Even with all the good that people like Chris have done in the community, I am reminded that this city was willing to kill him because he was a Black man demanding justice for an innocent Black woman murdered in her home. I am saddened he had to post on Facebook and remind this city, who treated him as if he was a nobody, “I am somebody. I am a Black man.”

It all takes a toll.

We have been to war in this city, and everyone looks the other way. Where are the free mental health services for a community you sent into war? Every day it is a challenge to find any peace. We exist between two crosses — fight and flight. Years later, many of us are just going through the motions. Silently fighting a war inside. Trying to recover from the storm of one lie.

When I think about Chris and others impacted by Officer Jaynes’ lie, I am reminded of a quote by Harriet Tubman, “In my dreams and visions, I seemed to see a line, and on the other side of that line were green fields, and lovely flowers, and beautiful white ladies, who stretched out their arms to me over the line, but I couldn’t reach them no-how. I always fell before I got to the line.”

I see that fi eld too. I daydream about that fi eld constantly. A beautiful, lush green meadow where Black people can finally be free. A fi eld with a sea of flowers as far as the eye can see. Sunflowers, roses, calla lilies, daises, orchids, marigolds, buttercups, daffodils…

And in the fi eld, Black people are dancing, laughing and smiling. There are no weapons of war there. No violence. No lies. I see Sandra, and Trayvon, and Eric, and Mike. The sky is the most beautiful shades of cerulean, capri and celeste with wisps of pink. The clouds look so fluffy. It is genuinely something that God made. I keep looking, and I see Breonna and Kris and David and Travis and Scoota and Tyler and Chris dancing in that fi eld as butterflies fl oat all around them. I see Chris stopping to smell the flowers, flowers he wanted before they were on his grave. I see beauty in the fi eld. I see love. And they are laughing, they are all laughing, without a care in the world, because they are free.

But living in this city reminds me, like Harriet, that no matter how loud we scream, how many miles we march, how many times we demand justice, we just cannot get to that line.

We are left to deal with the damage of one lie as a community slowly bleeds out. •

Editor’s Note: This column first appeared on Hannah Drake’s blog, Write Some Shit. Chris Wells was found dead from what police said was a self-inflicted gunshot wound on Aug. 21. If you or someone you know are struggling with suicidal thoughts, you can call the24/7 National Suicide Prevention Lifeline by dialing 988