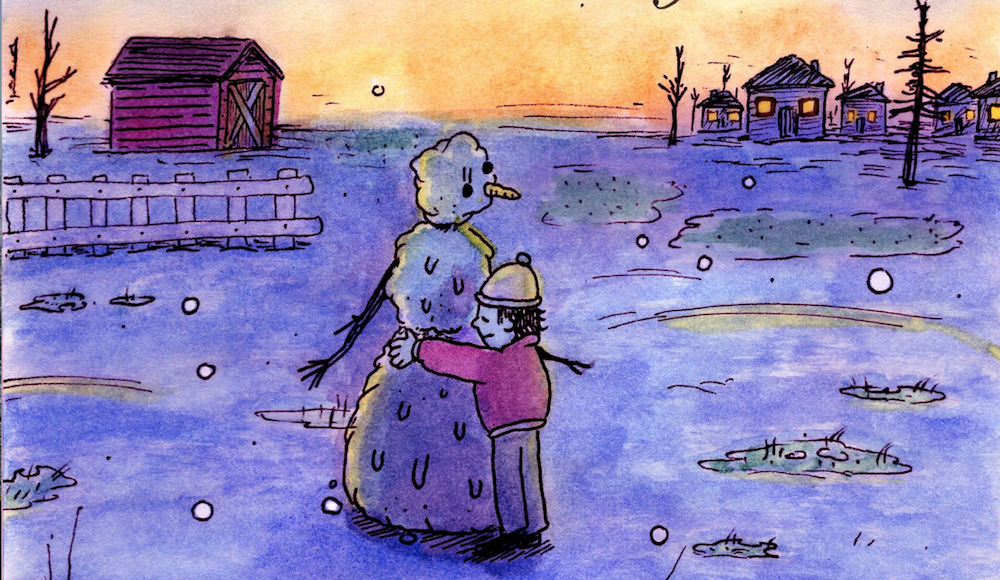 Jack Keyes is a person who appreciates an open interpretation to his music, and his song “Nowhere” is no exception. Joyfulness and wistfulness, he argues, are two sides of the same coin, and he’s decided that it should be up to the listener to decide which one they are experiencing.

“It’s a song about being at peace with where you are, even if you feel like you have nowhere to go,” he said. “I wanted the song to be vague enough to be interpreted as either a sad or happy track. I tend to write songs about trying to find a sense of self or a sense of place. I have struggled quite a bit with finding out who I am, what my beliefs are, and where I fi t in in the world, and I think music has been my outlet for figuring that out. With ‘Nowhere,’ I simply accepted the not knowing, and found a good deal of solace from that.”

“Nowhere” is a raw, quiet song perfectly at home in both the early hours of facing the day to the world of late-night hangouts. Keyes’ drives the mid-tempo number with his dark, Beatles-tinged guitar, which serves as a counterpoint to the haunting swoon of his vocals.

“At the time, I had been listening to Alice Coltrane’s rendition of ‘Govinda Jai Jai’ which feels so euphoric and devotional,” Keyes said. “I wanted to write something like that with the theme of finding presence. My goal was to reimagine the feeling of having nowhere to go or nowhere to be as something freeing rather than something scary. I got a little worried while recording that it almost sounded too close to ‘Norwegian Wood.’”

Despite his initial concern, Keyes laughs about it now; “My friends reassured me that the Beatles likely have better things to do than sue me!”

It’s obvious that Keyes is a very intentional musician and tunesmith, but “Nowhere” was created a bit differently in that regard. “I actually wrote ‘Nowhere’ the night before the last day of my recording session,” Keyes said. “I was strumming an almost bossa nova rhythm style part, and my friend made a comment about how it sounded nice. After recording some other tracks, I decided to unwind by taking a walk in Nashville’s Shelby Park. Even though, at the time, I was between jobs and not sure of what I’d do next or even where I’d even live, it was a gorgeous summer night, and I felt an almost child-like sense of peace. I felt fully present in the moment, not stressed or burdened by regrets of the past or fears about the future. When I got back from the walk, I recorded a first draft of the song right there in the parking lot. I actually think it makes a great metaphor for escaping whatever confines you find yourself in.” •