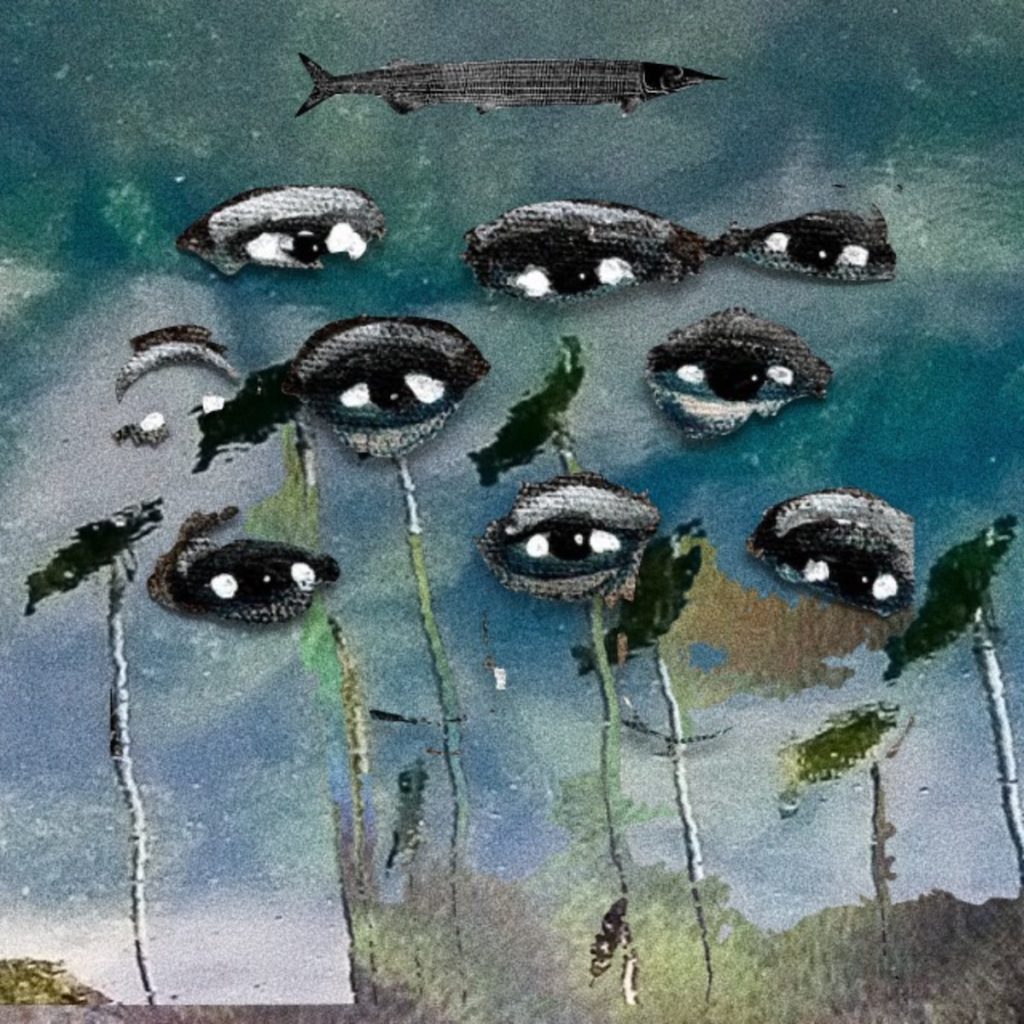 Following closely on the heels of his debut full-length album Keesho Bird earlier this year, Louisville experimental electronic, lo-fi , instrumental artist Caleb Cook is back with his one-man project Bad Milk Dirty Peaches. His latest EP Arcadia Dreams picks up where his debut left off, continuing his exploration of avant-garde triphop. With only two songs and clocking in at three and a half minutes total, he makes the most of the short length of time he’s given both songs by creating a deeply peaceful soundscape using only soothing keyboards and synths over the low hiss and crackling of a vinyl record being played. Intimate, yet expansive. Sparse, yet very full. Not only do both tracks paint a vivid mental picture in the listener’s mind of the deep abyss of space and time, but also takes them on a journey through it.

Songs For Beginners, Volume One

Some people seem like they’re from another dimension, and then there’s Ian McCurtis, who literally is from another dimension! He crash landed on this Earth from a parallel universe in the spring of 2020. In his previous reality, prior to the interdimensional journey, Ian was a punk musician working on his fifth album. Now, in our reality, Ian finds himself restarting his career. But far from punk — except the acoustic punk rock-tinged track “The Mad King” — Ian has reinvented himself as a singer/songwriter with a lo-fi antifolk, alt-country sound. On this, his first album (at least in our reality), he breaks down his songs to the barest of essentials: acoustic guitar and vocals with the occasional bare-bones drums and spoken word samples. One can certainly hear a big John Prine influence here. Fans of such would do well to welcome Ian McCurtis into their own reality.

With a name like StormToker, it’s easy to assume up front what you’re going to get. But pinning down this Lexington trio’s sound is not an easy task. One moment it’s doom, then it’s heavy blues, then sludge, thrash, stoner, psych, Southern rock, prog and beyond. However, it is always heavy. Punishingly heavy. Unrelenting, head-bashing, downtuned, distorted, ugly, Southernfried metal. But make no mistake; there is an underlying groove throughout each song here. A continuous thundering drum attack under thick, fat riffs that grab your attention and do not let go. It’s like if Sleep, High On Fire, The Melvins, Clutch and Eyehategod all got together and combined their favorite riffs from Blue Cheer, Rush, ZZ Top and Black Sabbath tunes. Album highlights come in the form of the doom-soaked “Lord Concrete & the Mother Tree,” the early-GWAR-meetsClutch-sounding “Cold Dice,” and very unexpected rockabilly-tinged “Poor Man’s Doom,” which is already a strong contender for one of my favorite local-ish songs of the year. So turn on, tune in and get your ass beat!

Embracing their inner high school kid, Louisville’s Take Place wear the emo tag on their sleeve proudly and unabashedly. And their debut EP Silver Lines, with its highly polished production, is absolutely stunning in its execution. The songwriting and musicianship here are impeccable. Musically, it runs along the lines of bands like My Chemical Romance, Fall Out Boy, Dashboard Confessional and Hawthorne Heights, although a bit more alt-rock leaning. As masterfully written as anything any of those bands have ever created, these five huge hook-filled, radio-ready anthems are as angst-ridden and melancholic as they are driving and hard-hitting. Even without a label or press backing, Take Place have already garnered 25,000 views on YouTube for the video of this EP’s opening track “Cellar Door (Jetsam),” and over 30,000 streams of the track “Bad Luck” on Spotify, both in a very short timespan. It’s a safe bet that you are going to be hearing a lot more about this band in the very near future. Take Place? Take notice!