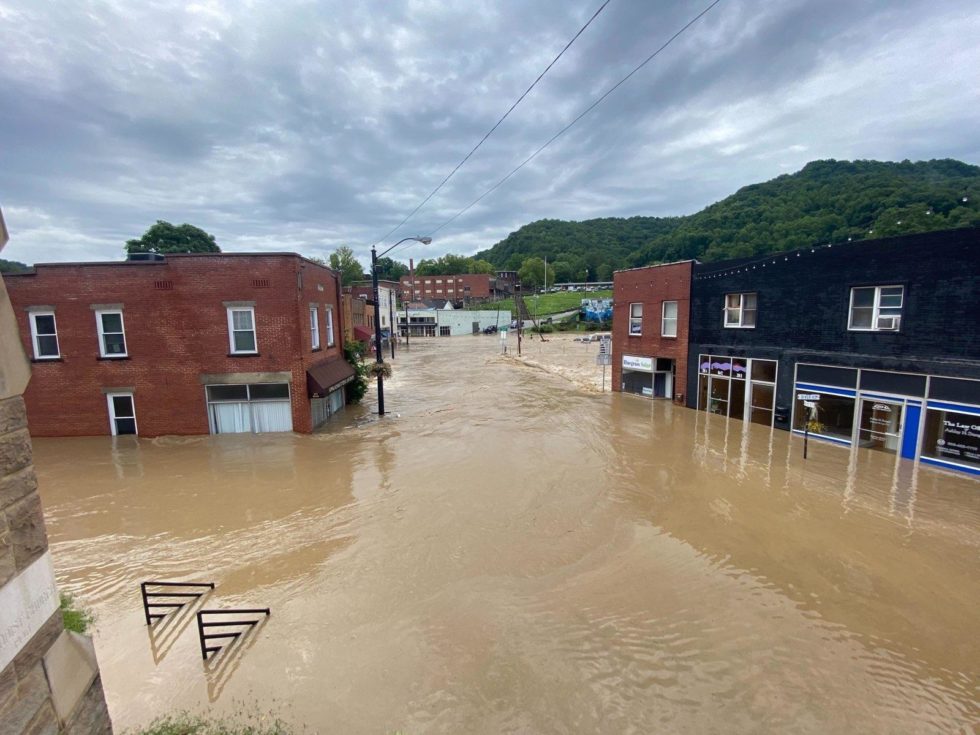 The Kentucky Department of Corrections evacuated 117 people held at the Letcher County Jail after intense flooding in the area cut off the facility’s access to running water.

Letcher County jailer Bert Slone said the water crested a few hundred feet from the jail, but much of town could be without water for two weeks.

The incarcerated people held at the jail didn’t have a chance to tell loved ones on the outside where they were headed, Slone said, but that they will be able to make phone calls once they’ve arrived at another Department of Corrections facility. Corrections officials have not yet responded to a request for comment or to confirm where the evacuees were headed.

“One of the hardest things to do is to put yourself in the place of a parent, an uncle an aunt a brother or sister that you could have someone in a jail and somebody would move them and not tell you anything about it,” Slone said, but added that the Department of Corrections doesn’t release transportation information ahead of time for security reasons. “We’ve talked to a lot of family members today and tried to explain why we moved them.”

Jails are required to provide hot and cold running water as well as at least one water fountain, according to Kentucky’s jail standards. Letcher County jail staff brought in bottled water, but they asked the Department of Corrections to transport the people held there because they didn’t expect the water to be restored for weeks.

The North Fork of the Kentucky River winds back and forth between Slone’s house in the Upper Bottom part of town and Letcher County’s jail and courthouse on Main Street, less than a mile away. Slone’s brother pulled in the driveway early Thursday morning to warn that a flood was coming.

Slone went inside to gather his family. He said it only felt like a couple of minutes had passed, but when he went back outside the truck was gone and the water had already surrounded the house, trapping the family inside.

Cellular service was down as well, so Slone communicated with jail staff using Facebook messenger and contacted the state to start arranging for an evacuation.

The water receded enough for Slone to get to the jail around 5 p.m. Thursday. Department of Corrections staff from all over the state started gathering to help transport the 117 people held in the jail, with the first convoy carrying incarcerated women leaving around 1 a.m. Friday morning. The last of three transportation convoys left the jail around noon, Slone said.

The whole town has been assessing the damage, including Slone’s staff.

“I just had a guard come in the door, and his family lost their home. I hadn’t seen him for several days,” Slone said.

Flood waters have disrupted running water across the region, according to Mark Lewis, the general manager of the Letcher County Water and Sewer District, a water distributor that buys water from nearby sources, including the city-run water plant that supplies water to the jail.

Lewis said the county’s water and sewer district services more than 3,000 customers and purchases water from Knott County Water, City of Jenkins and the City of Whitesburg. Lewis said the Letcher County district was assessing damage to their distribution systems, but they couldn’t get water flowing again until the other water sources start supplying water again.

“We are kind of at the mercy of the other entities, they have to have water to provide to us,” Lewis said.