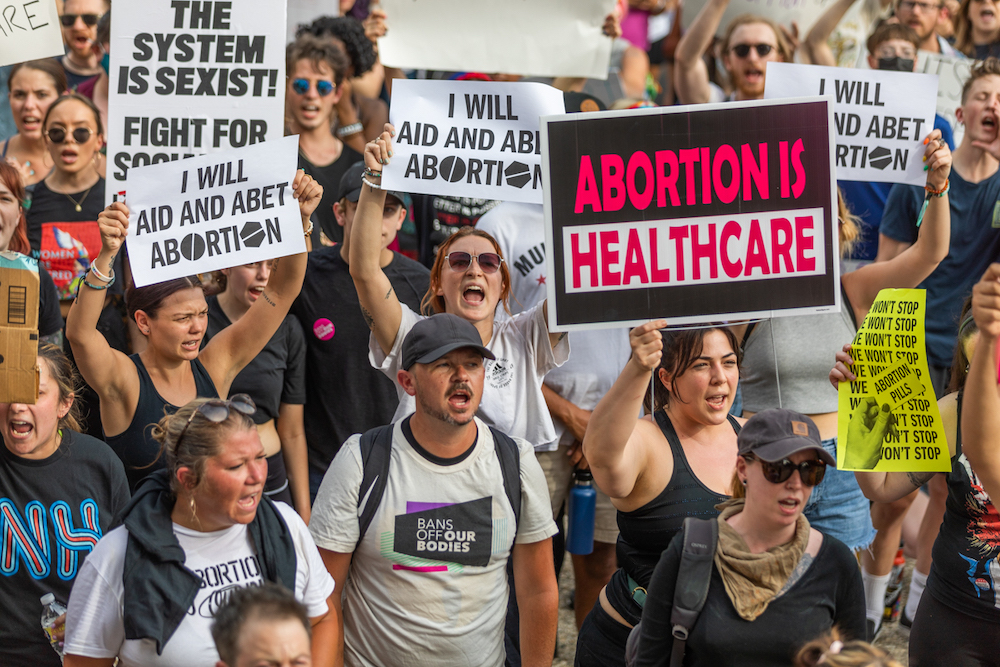 The Kentucky Supreme Court ruled on Thursday that the Commonwealth’s near total ban on abortion will remain in effect, denying a request from the ACLU and Planned Parenthood for emergency relief after a state appeals court allowed two bans to go into effect earlier this month.

Thursday’s ruling follows a rollercoaster ride of legal activity: After a U.S. Supreme Court ruling overturned Roe v. Wade on June 24, Kentucky’s strict “trigger ban” outlawing abortion — even in cases of rape and incest — went into effect. A week later, following a lawsuit from the ACLU and Planned Parenthood, a Jefferson Circuit Court judge granted a temporary restraining order allowing abortions to restart while litigation continues. But, on Aug. 1, Kentucky Attorney General Daniel Cameron was granted an emergency request by a State Court of Appeals judge reinstating the state’s trigger ban, and another law that bans abortions around six weeks into pregnancy. Abortion has not been allowed in Kentucky since and the state’s two abortion providers halted services.

The state’s highest court said that it will now hear arguments about issues raised from both parties on Nov. 15.

“The Supreme Court’s decision to allow Kentucky’s abortion bans to remain in effect puts nearly a million people’s health care in jeopardy,” the statement said. “Abortion is not only health care but also a critical individual freedom. Make no mistake: abortion bans result in tragic health outcomes and are a form of control over our bodies.”

In another challenge to those who support abortion rights, later this year a ballot question will ask Kentucky voters if they want to add an amendment to the state’s constitution declaring that abortion is not a constitutionally protected right in the Commonwealth.

On Twitter, Kentucky Attorney General Cameron, an anti-abortion Republican, called Thursday’s ruling “a victory for life and the rule of law.”