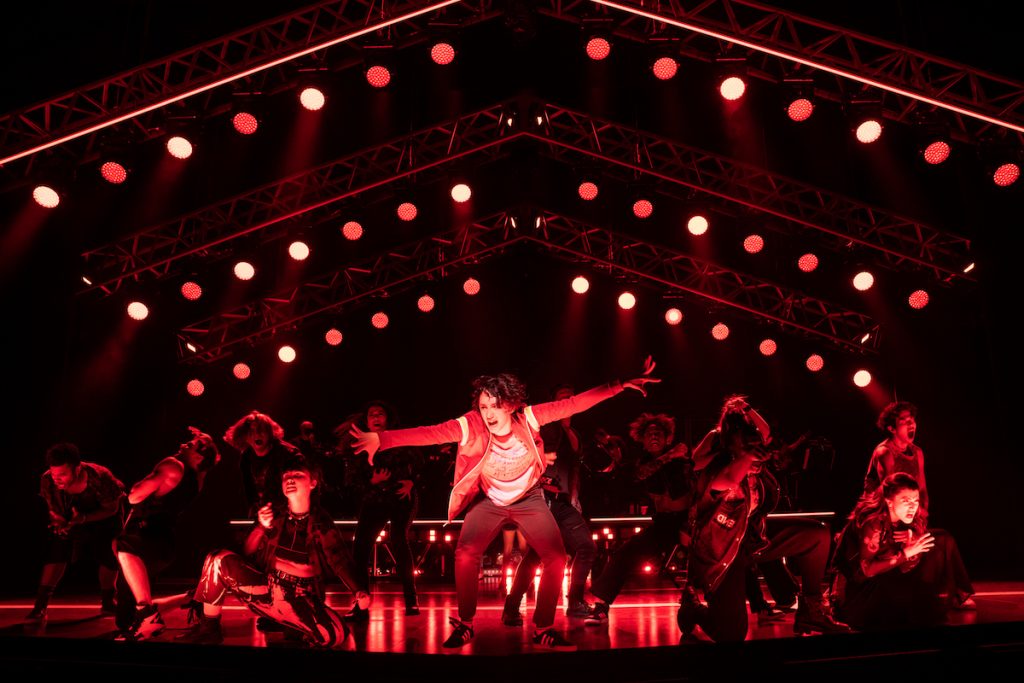 Louisville will host the national tour launch of “Jagged Little Pill.” The musical inspired by Alanis Morisette’s album of the same name is only playing for two dates! Aug. 31 and Sept. 1 are the only chances to catch this show in Louisville.

“We are so excited to host the launch of the national tour of “Jagged Little Pill” right here in Louisville,” said Leslie Broecker, President of PNC Broadway in Louisville in a release. “The Kentucky Center has been instrumental in making this opportunity a reality and we are continuously grateful for their support and collaboration.”

“We are so fortunate to have our amazing partners, PNC Broadway in Louisville, who bring the most exciting shows on Broadway right here to our own backyard,” says Kim Baker, President and CEO of Kentucky Performing Arts in a release.  “Working together, we were able to attract the launch of the Jagged Little Pill tour, providing the opportunity to shine a national spotlight on the Commonwealth.”

“Directed by Tony Award winner Diane Paulus (she/her; Waitress, Pippin), Jagged Little Pill is an ‘electrifying, visceral and stunning’ (The Hollywood Reporter) musical with an original story by Tony and Academy Award-winning writer Diablo Cody (she/her; Juno, Tully), about a perfectly imperfect American family that ‘vaults the audience to its collective feet’ (The Guardian). Nominated for a season-record of 15 Tony Awards following its Broadway premiere, The New York Times declared the show ‘redemptive, rousing and real… ‘Jagged Little Pill’ stands alongside the original musicals that have sustained the best hopes of Broadway.”

Ignited by Morissette’s groundbreaking lyrics and music – from beloved hits such as “You Oughta Know,” “Head Over Feet,”  “Hand In My  Pocket,”  and  “Ironic”,  to  brand  new  songs  written  for  the  show — “Jagged Little Pill”  features explosive  choreography  by  Tony  Award  nominee  and  frequent  Beyoncé  collaborator Sidi  Larbi  Cherkaoui (he/him; “Apesh*t”, “Love Drought/Sandcastles” Live at The Grammys), and the raw power of an onstage band under the Musical Supervision, Orchestrations & Arrangements of Grammy, Tony and Pulitzer Prize winner Tom Kitt (he/him; Next to Normal, American Idiot).”

“Jagged Little Pill” officially opened on Broadway Dec. 5, 2019 and the album by Morissette, released on June 13, 1995, Jagged Little Pill skyrocketed her to become the  bestselling  international debut artist in history; a title she still holds, with the record’s sales reaching 33 million copies worldwide. Now, 25 years after its release, Jagged Little Pill continues to be one of the Top 20 Best-Selling Albums of All Time. With ten eclectic and acclaimed albums released over the subsequent years, Morissette’s music has garnered 7 Grammy Awards (with 14 nominations), a Golden Globe nomination, and total sales of over 60 million albums.

“Jagged Little Pill” will play at the Kentucky Center Aug. 31 at 7:30 p.m. and Sept. 1 at 7:30 p.m. Tickets on sale now and available at kentuckyperformingarts.org.“

Wet your whistle with this Tiny Desk Performance of the “Jagged Little Pill” cast.