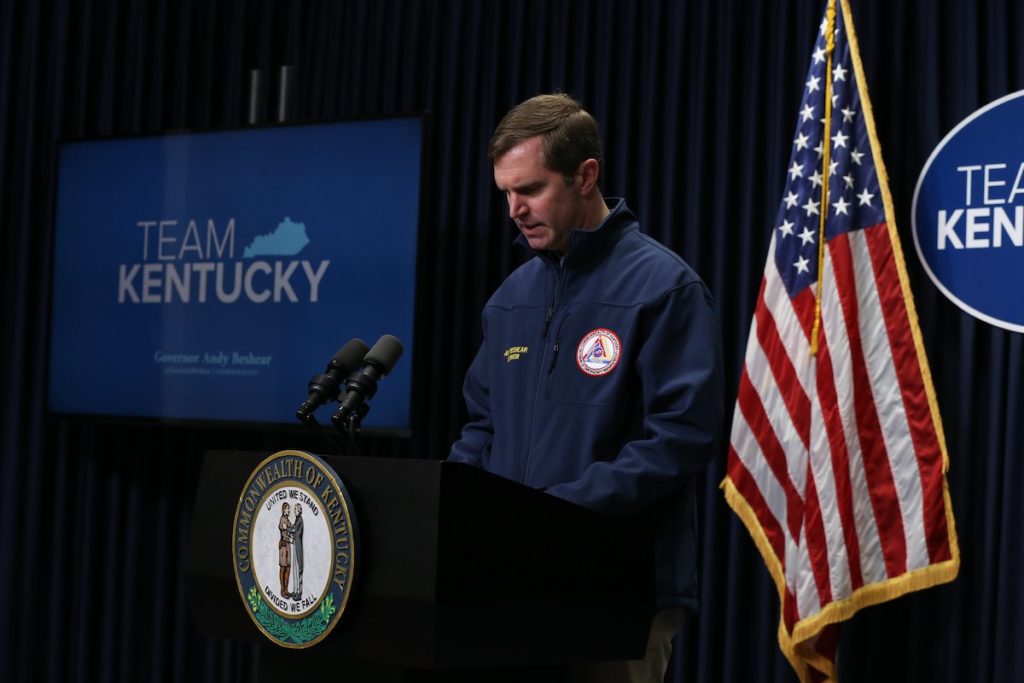 The death toll has risen to at least 35, after severe weather continued to devastate the region over the weekend. That number is expected to increase, with hundreds of people unaccounted for, the governor said.

“If things weren’t hard enough on the people of this region, they’re getting rain right now,” Gov. Beshear said, noting that Floyd, Magoffin, Knott and Pike counties remained under a flash flood warning as of Monday morning. “There is severe storm potential today in all of the impacted areas, and that is just not right. The most risk is on the northernmost point of the impacted areas, but it is very unstable.”

Due to a high number of calls, an email portal has also been established. People can report a missing person to [email protected] with the following information:

“This is going to be a huge challenge, with such a large area hit, to get good unaccounted for numbers, but you out there can help us,” Beshear said previously.

For those who want to donate, the governor has set up the Team Eastern Kentucky Flood Relief Fund. As of Monday morning, the fund has raised $1,534,308.30.

Drone shots of the #Flooding in #Kentucky after it the water has receded several feet. #KyWx pic.twitter.com/UPgp6XRzx4