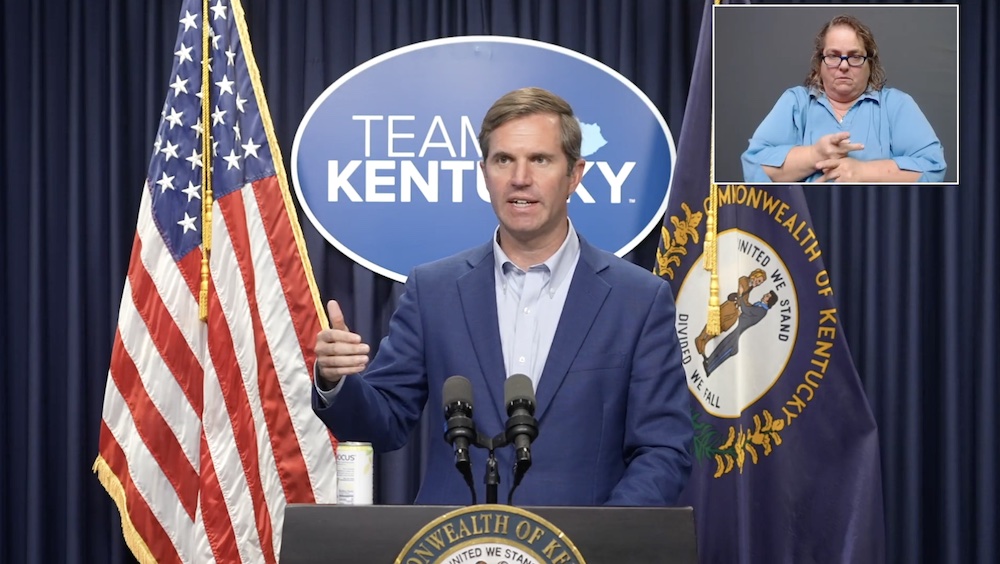 After last night’s storms across the state cleared up, the flooding disaster in Eastern Kentucky has likely moved “out of the emergency phase,” Gov. Andy Beshear said during a press conference on Thursday afternoon.

Wednesday’s storms had the potential to cause additional damage and loss of life, Beshear said, leading the state to keep search and rescue personnel on standby.

“But with the weather we’re seeing for the next several days, we’re able to let those folks go home. That is a major step. We’ve been waiting to reach this moment since the start of this,” he said.

The governor said he sees the state’s response to the flooding divided into three phases: emergency, stabilization and rebuilding.

The emergency phase that he described exiting involved search and rescue efforts, providing shelter for displaced persons and getting power and water back online.

The phase that’s being entered now — stabilization — will focus on getting people out of communal shelters and into more private transitional living structures like travel trailers.

The final phase, rebuilding, focuses on constructing permanent housing and other longterm infrastructure.

During Thursday’s update, the governor said that the death toll from the flooding remains at 38, with two people still missing.

Beshear also spoke about the positive progress for utilities in the region.

On July 28 — the day that a state emergency was declared — there were more than 25,000 power outages. On Wednesday, that number had dropped to under 230, the governor said, although fresh storms pushed that number over 700 on Thursday.

While Beshear’s tone was mostly positive and hopeful during Thursday’s update, he was dismayed by the number of people who were still being denied for recovery funds through the Federal Emergency Management Agency. He said he was grateful for federal support and the on-the-ground work that FEMA has accomplished, but that he will continue to try to widen the reach of money available for those affected. He used the story of an 82-year-old woman who was told during an onsite visit that she had the proper documentation and would qualify for funding, only to be denied later that evening via email.

“Too many people are being denied, not enough people are being approved and this is the time that FEMA has got to get it right to change what has been a history of denying too many people and not providing enough dollars, and to get it right here,” Beshear said. “I’m hearing from the very top levels that they agree. And from the people on the ground, I was talking with them yesterday, they want to provide help. Something in the middle is problematic. And I’m going to continue and push to get the changes that we need so people can get their dollars.”