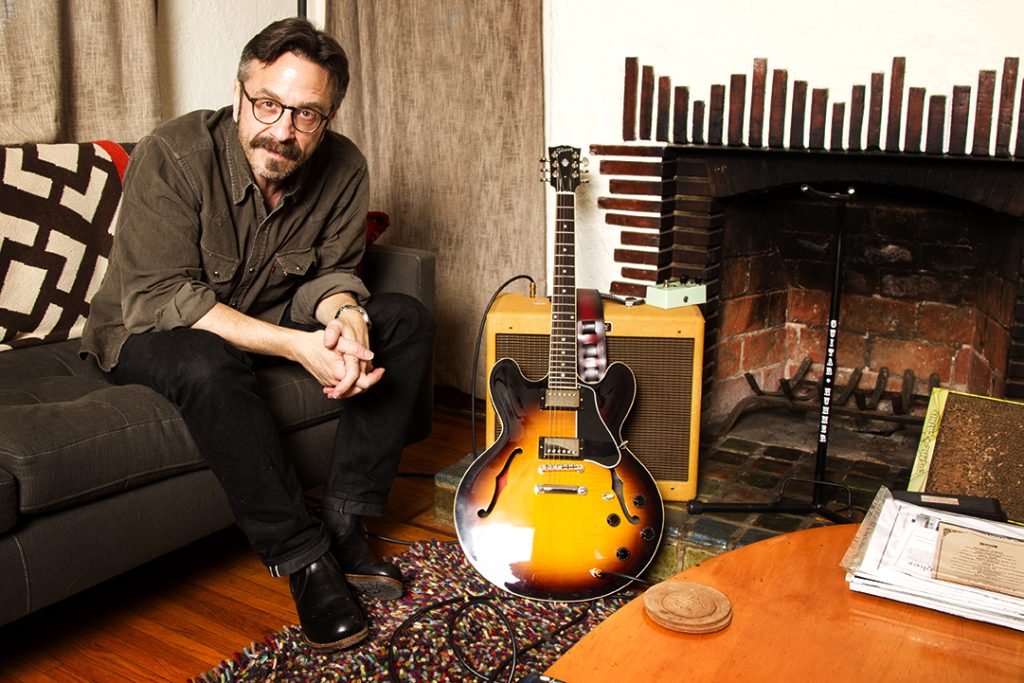 “Let’s do this,” one female heckler yelled out, even though by that juncture Marc Maron was already well into his captivating Saturday night set at the Kentucky Center that was preceded by a brief but funny warm-up session from his friend and sometimes colleague, Lara Beitz.

Occasionally allowing himself to get derailed by show disruptors and various other asides, this self-described “angry comic” remained fairly focused throughout his nearly two-hour performance. The general theme seemed to be: none of this is normal, some of it is insanely sad, and the only bright side is that life doesn’t last that long anyway.

Maintaining a relaxed tone, Maron’s keen insights, barbed jabs and vulnerable expressions of self-doubt and genuine surprise felt all the more poignant because of the (never uncomfortable) silences Maron allowed to flow through his often disjointed conjectures.

For many folks (such as this writer) only used to seeing Maron from afar, on Netflix specials, for example, or via his popular podcast, this evening was a pure delight overall. That’s because Maron is especially engaging and entertaining to watch (and, at times, interact with) in a space that is as up close and personal as the Bomhard Theater.

Still, when he embarked upon more morose meanderings that addressed his own father’s increasingly-debilitating dementia and his romantic partner’s unexpected death during the peak of the pandemic, experiencing Maron’s act seemed more akin to attending a therapy session, in the best possible way, of course.