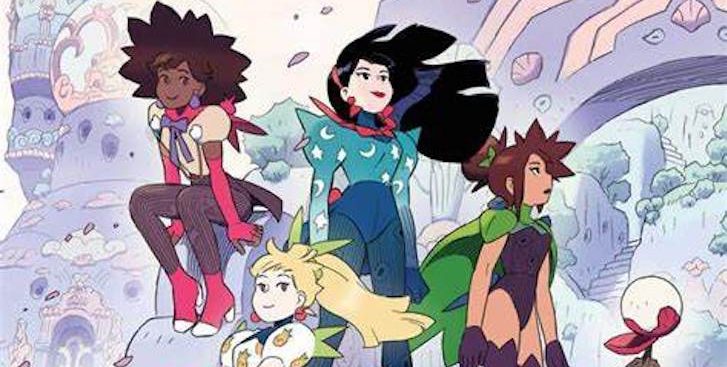 Reviews brought to you by The Great Escape.

Twelve years after the invasion of a mysterious alien race known as the Agarthians, the people of Earth are doing their best to carry on with their lives. While the protective walls that keep their cities safe offer some sense of relief, the giant face-shaped spaceship that looms over them is a constant reminder that the Argathians could strike at any moment.

When poli-sci major Sara flees from a surprise attack, she is absorbed by a huge, glowing pineapple. Said fruit transforms her into a skirt-wearing, pineapple- staff-wielding hero. She finds herself chosen to become the fourth Flavor Girl, a group of fruit-wielding magical girls in charge of keeping the world safe. But while she wants to make a difference, Sara is more brains than brawn. Will Sara overcome her reluctance to join the alien fighting team and save her planet?

“Flavor Girls” is a fun, colorful journey about a wary chosen hero thrust into a world she could never imagine. Filled with dreamy landscapes, fun costumes, strange magic and a colorful cast of characters, it is a love letter to the magical girl genre. If you’re a fan of “Sailor Moon,” “She-Ra and the Princesses of Power,” or “Little Witch Academia,” then I recommend grabbing “Flavor Girls” #1 off the stands! 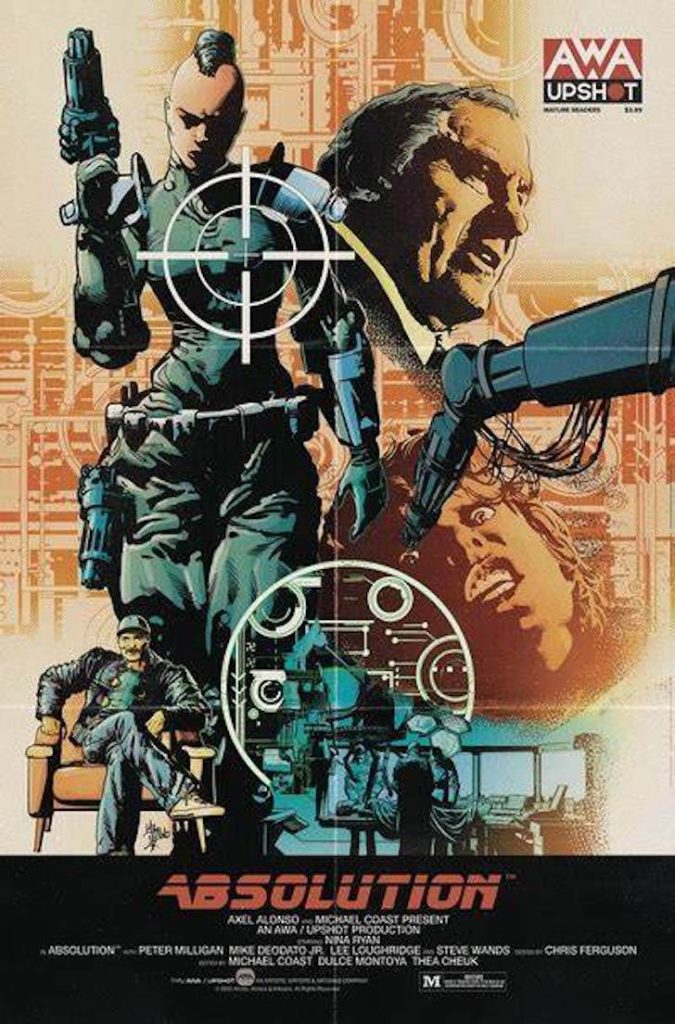 In a not-so-distant future, Nina Ryan, an assassin, has been sentenced to death for her crimes. But she’s been given a choice: she can still do what she does and have it live-streamed to an audience of online judges, including celebrity commentators, and of course “the people,” including all that comes with that — trolls, bots, jerks, fans, etc. If she can get enough support, she receives absolution in the form of points and walks free. But, as we all know, the internet isn’t always a friendly place, and for every fan who loves her exploits and style, there are others who want more blood, more boobs, more personality, more violence, less violence, the list goes on and on.

Ads for everything from Bitcoin to acne treatments pop up as well, making it a lot to keep up with. Oh, and there’s the little detail of actual bombs implanted inside her that will go off if she should fail to impress the masses.

Ultimately, as Nina sees her points toward absolution go up, the more ugly and violent her actions are. She’ll have to question whether it’s worth it in the end. Written by Peter Milligan with art by Mike Deodato, Jr., this comic comes with quite the pedigree. Of course, this book is a sci-fi commentary on our own present (aren’t they all?) and the path we’re on with our addiction and devotion to the online world increasingly bleeding into our real lives. Just like Nina, we’ll probably one day have the same question, ‘Was it worth it?’