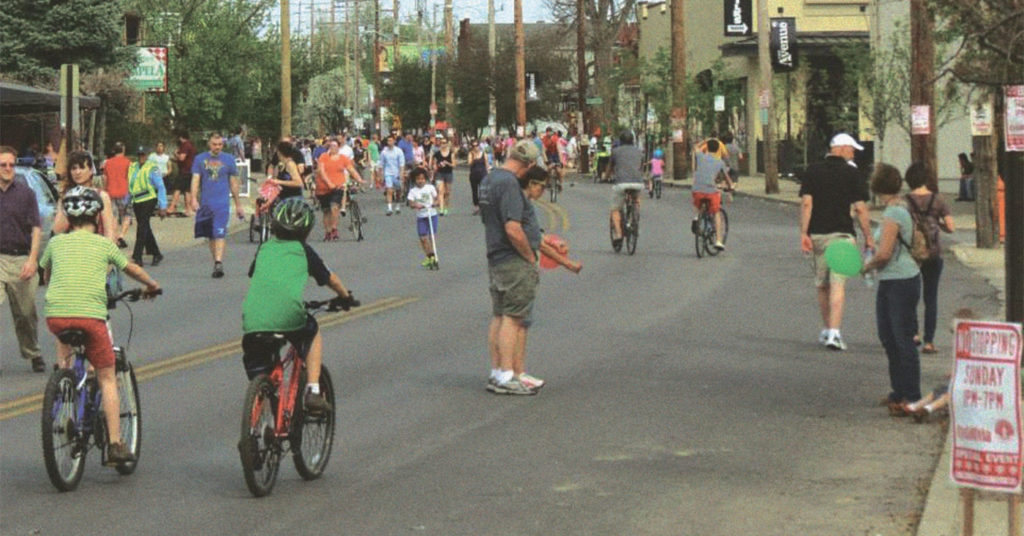 A past CycLOUvia on Bardstown Road.

Ever wanted to bike down the middle of Frankfort Avenue with no cars around you?

CycLOUvia, a free and recurring “open streets” event, is returning to Louisville on Frankfort Avenue this Sunday, Aug. 28, from 2 p.m. to 6 p.m. Participants of all ages are invited to join by “walking, cycling, skateboarding, or dancing in the street.”

During the event, Frankfort Avenue will be closed between Pope Street and Stilz Avenue. There will be a “facilitated crossing” at Ewing Avenue.

The last CycLOUvia was on Sunday, June 5, in downtown Louisville. Mayor Fischer began the event series in 2012.