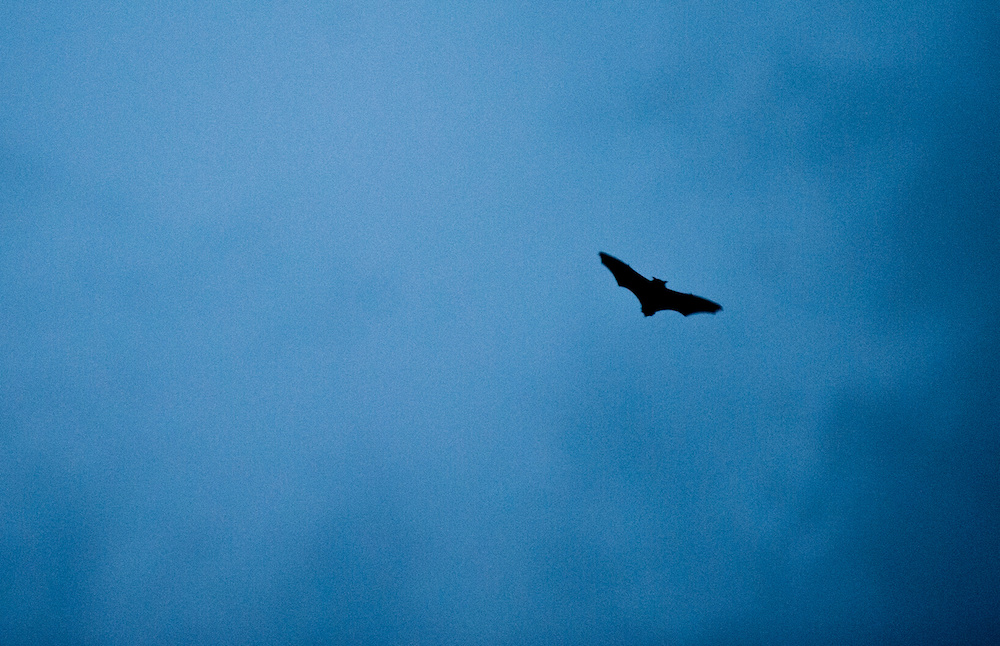 A bat flying in the sky. Adobe Stock.

Three bats have tested positive for rabies in the Jeffersontown area since July of last year, according to the Louisville Metro Department of Public Health and Wellness (LMPHW), which is asking the public to take precautions.

This can be particularly dangerous for pets, who have a higher likelihood of encountering wildlife.

But, for humans, it’s also never a great idea to touch a bat.

“People should never touch a bat or keep them as pets,” said Connie Mendel, senior deputy director of LMPHW in a statement. “Someone may not realize they have been bitten by a bat because they have very sharp, tiny teeth. Transmission of rabies can occur through a bat’s bite or the animal’s saliva if it gets in a person’s eyes, nose, mouth or an open wound.”

Rabies can be found in a number of wild animals, but bats are the leading cause of rabies in the U.S. according to the statement released by LMPHW.

Once rabies symptoms appear, there is no treatment, which is why you should seek medical treatment for bite and non-bite exposures. If you find a bat in your house, contact LMPHW at 502-574-6650 and they will have the bat removed and tested for rabies.

LMPHW also recommends that you vaccinate your pets to protect them from the disease. And if your pet encounters a bat, contact medical services and then LMPHW. Your pet may need to be quarantined.

“It’s important to keep your dogs, cats and ferrets up-to-date with their rabies vaccine,” Mendel said.