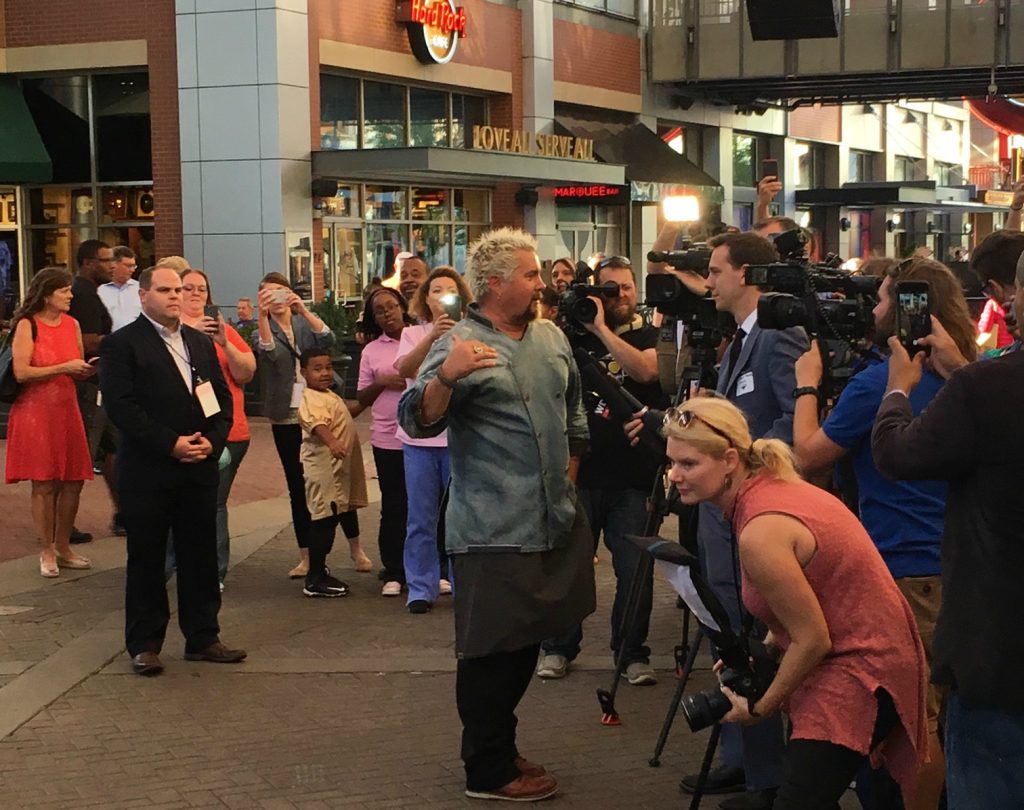 Guy outside of Smokehouse, which is located in Fourth Street Live (photo by Michael Powell).

On Saturday, Sept. 3, FieriCon Louisville, a “Guy Fieri cosplay pub crawl for a cause,” will make its way through seven bars and eateries in NuLu and downtown.

According to the event’s social media, here’s the schedule for the day:

(Against the Grain, incidentally, has an IPA named after Fieri, called “Captain Danky Goes To Flavortown.”)

To participate, all you have to do is show up. You are, of course, encouraged to dress up like Guy Fieri (flame shirt, spiked blonde hair, etc.), but, as the organizers have said, “[Y]ou can wear other Flavortown themed attire for FieriCon if you desire, but no dress code enforced.”

Besides, of course, giving business and foot traffic to local establishments, FieriCon will also be raising money for Love the Hungry, a nonprofit in Louisville that works to end hunger and food insecurity.

Although this is FieriCon Louisville’s first year, it’s not the first FieriCon; past Fieri-themed pub crawls include those in Austin, Buffalo, and Milwaukee. The first ever of its kind happened in Manhattan in 2016, the same year Guy Fieri’s Smokehouse opened in Louisville.