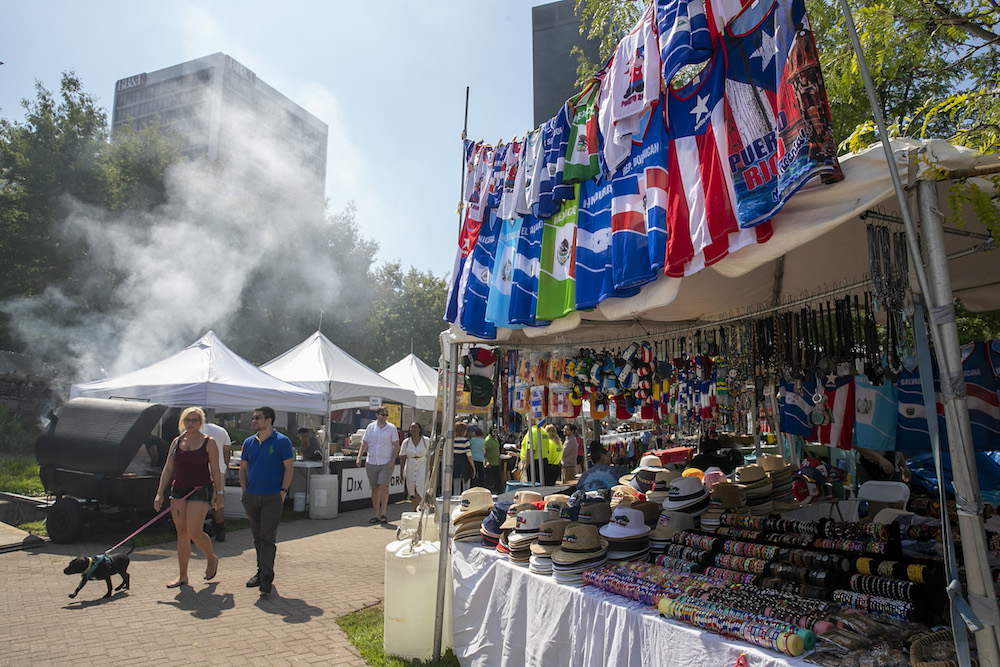 Slackline Kentucky Monday Funday
Waterfront Park
Free  |  6 p.m.
All skill levels are welcome to this community slacklining event. There will be multiple slacklines setup of varying difficulty. You can find them to the left of the Big Four Walking Bridge, next to Acro Yoga Louisville. This is a great opportunity for the more curious of you to try both.

Trivia Tuesday
Multiple Locations
Free  |  7-9 p.m.
There is a lot of trivia happening this Tuesday in Louisville. All are free-to-play, and all go from 7 p.m.-9 p.m. So choose wisely:

Trivia Night at Parlour on Frankfort is a family-friendly event with great prizes. Arrive early and get some pizza before things get going. Organizers will be abiding by 6-feet distancing in an effort to prevent COVID-19 spreading.

Trivia Night at Atrium Brewing has competitive questions, delicious brews from Atrium, and food courtesy of Daryk’s. Free to play with prizes for first and second place.

Stump Trivia Quiz at Against the Grain (ATG) Brewery and Public House is back. This trivia night has been on hiatus since the Pandemic, but now it’s better than ever with a digital scoring system. Venue capacity may be limited, call ahead to RSVP.

Watch Louisville City FC
Falls City Brewing
Free  |  7-10 p.m.
Interested in watching the Louisville City away game with some fellow fans? Head to Falls City to cheer on Lou City as they face No. 9 ranked Indy Eleven in Indianapolis. Falls City will also be offering $3 Lou City pints all night.