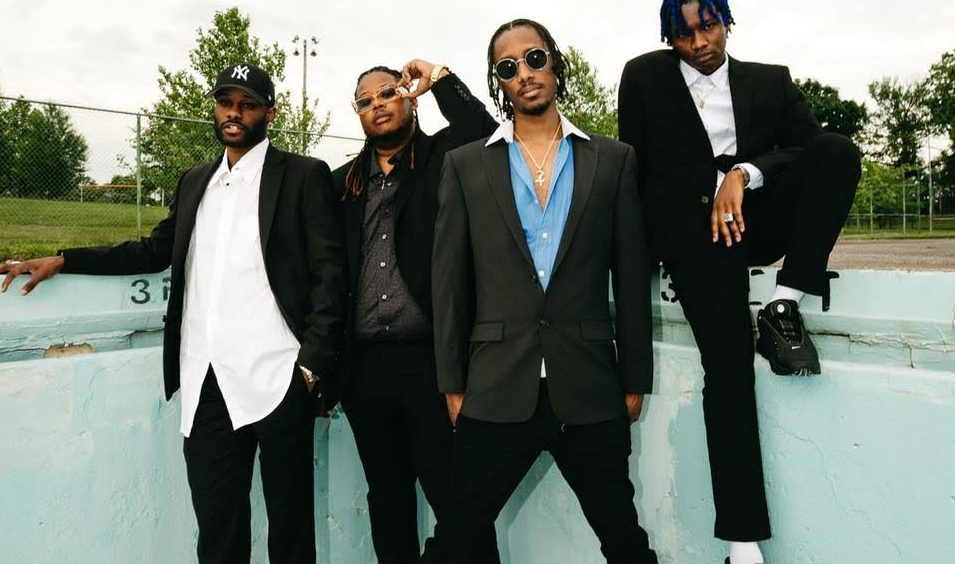 The Homies are gearing up to leave the country and tour Australia for a series of sold-out concerts with their actual homie, Jack Harlow. Three of the members, Quiiso, Shloob and Ace Pro, took some time out of their busy schedule to tell us a bit of their story.

Louisville has always been a mecca for music. There is always something brewing, and for The Homies and the other members of their Private Garden crew, that hard work in the 502 is paying off with national and worldwide attention.

The Homies got their start back in 2012 when members were just coming out of high school and preparing for the start of college. Quiiso moved down from Chicago for school and met up with 2forwOyNE and Schloob. 2forwOyNE knew Ace Pro from high school basketball, and they had experimented a bit with music already. After they all met, the ingredients were right to develop what would become, The Homies.

“We kind of just gravitated toward each other even more,” said Ace Pro in a phone interview with LEO. “And then, we started creating more music together and experimenting with different genres, ideas and concepts.”

In 2015, the band released “FIU,” aka “Fuck it Up” on Soundcloud. They got a good response from locals and decided to keep editing and building on the momentum they’d created.

As they are creating, they grab inspiration and topics from real life.

“When we’re writing our music, everything is organic,” Ace Pro said. “Whatever comes to mind as far as my current state of mind or well-being, or whatever the case may be, even the world. It’s a lot of current events or just stuff that builds up over time. Our music isn’t made in one day.”

Drawing on the world around them, they certainly take inspiration from the local scene and they find the local hip-hop scene a changing landscape. With actual bonafide superstars springing out of the scene into the music world, artists like Bryson Tiller, Jack Harlow and EST Gee, the Homies are in the right place and the right time with the right connections. They’ve known Jack Harlow for a long time.

“​​It’s changing a lot over these past few years, ‘cause now we got actual stars out representing us. So if you see the three big stars going on right now, Tiller, Jack and Gee, there are three totally different types of sounds,” Schloob chimes in. “And that inspires the up-and-coming artists. Even below us and even below that, they’re all experimenting with everything they got going on.

“So the sound really right now is all over the place, but it’s high quality, because even though those three main people got those distinct sounds, it’s still high-quality, high-talent work.”

Growing up, the group listened to the usual suspects of hip-hop at the time, Lil Wayne, Outkast, Kanye West and now find their influences amongst other hip hop artists like Azealia Banks, Moneybagg Yo and YK Osiris. The variety in what they listen to definitely influences their work in a good way.

“I eventually went back and found out about Jay-Z and Biggie and Tupac, then just experimented from there. Just seeing all different branches from different artists and stuff. Missy Elliot, who was one of my super favorites,” Schloob said.

They are preparing to take their hard work on tour, cutting their touring teeth with sold-out shows opening for Jack Harlow. The band has opened for him around the country and now is traveling to Australia with Harlow. For some of the members, it’s the first time leaving the country but being with their good friend Harlow should make that trip easy.

“Working with Jack is just as natural as working with each and every one of us in the group,” said Quiiso.

They were connected through a mutual friend and have since maintained their own relationship with Harlow, often collaborating on music. Harlow did a feature on The Homies’ “White Lies.”

“We’ve all made our own relationships with Jack, and it’s always been love from the beginning,” said Quiiso. “It’s just as natural as working with the rest of The Homies, and we were all very excited to go over to Australia. This is all of our first times over there. And for a bunch of us, it’s really our first time out of the country. I went to London in 2020, but outside of that, we haven’t really been outside of the country.

“It’s gonna be a dope experience for us to go out there and see how these Australian crowds react to us, and who gravitates towards us out there. It’s gonna be exciting.”

Being a Louisville Hip-Hop band, The Homies have already launched past the local scene, appearing in major venues and attending national award shows like the BET Awards. We’re certainly excited to them grow and to see how their career and Private Garden continues to bloom. •