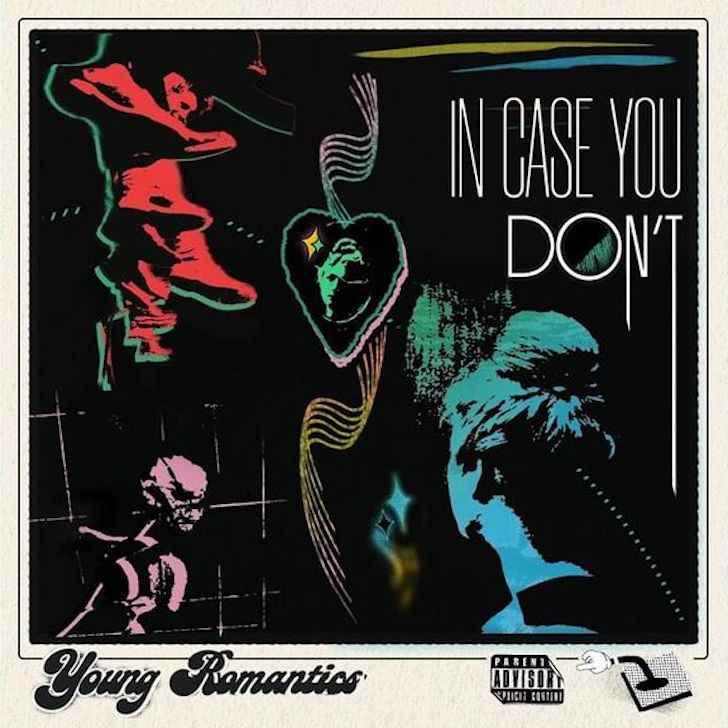 At least once in their life, everyone has had that nameless someone they’ve seen at a store or a bar, and wondered what it might be like to be with them, even if only for a brief moment. It’s a scenario rife with possibility and one that Young Romantics explore in one of their latest songs, a groove-driven, mid-tempo soul number called “Cliché.”

“At its core, it’s a song about fantasy romances with the people you’re drawn to throughout your day-to-day life,” says Mitchel Manuel, lead singer for the band. “You don’t know the person or how to make things real, so you keep them in your head. The song plays out a circumstance where you approach one of those people and actually make a move. This concept of not wanting to be ‘cliché’ plays into wanting to treat that scenario as honestly as possible, none of those games people tend to expect when getting to know someone romantically. Basically, why be cliché if we both know what we want?”

But the band decided to go even further, exploring the backend of this idea of meeting your fantasy mate. Would it be a good idea, they ask. Would it be worth it?

“The song speaks to why such fantasy relationships are often more appealing than the real deal in the first place,” Manuel said. “To commit and seek out one of those people in question would be to, potentially, destroy the story so carefully crafted in your daydreams. And who wants that? And by the nature of not knowing that person beyond the spark attraction, you can’t say what a relationship with them might actually look like.”

What makes the song so fascinating is how the band manages to combine ‘90s guitar aesthetics, sax-driven easy listening and ‘70s R&B suaveness into this modern, soul-tinged song. While the song is relatively straightforward, there are multiple layers at work here, a blend of different but subtle sounds that slowly reveal themselves on repeat listens. Meanwhile, Manuel croons his way through the mix à la early-years Daryl Hall.

When the band was building the song, after a quick bout of creativity and improv, the first portion was finished quickly, but Manuel revealed that there was was still some time before the song was finished. But this is something, Manuel says, that is in line with the band’s creative philosophy.

“The second half of the song was written nearly a year after the beginning,” he says. “We initially performed the song live as a kind of interlude and only committed to finishing it once we knew recording was on the way. This ‘second’ writing session was me, Griffin, and our drummer Matt, essentially locking ourselves in my bedroom until it was finished. Ultimately, we see our music as, principally, a vehicle by which we make sense of life and express ourselves. We never want our music to feel forced or to be something we seek out rather than vice versa.” •