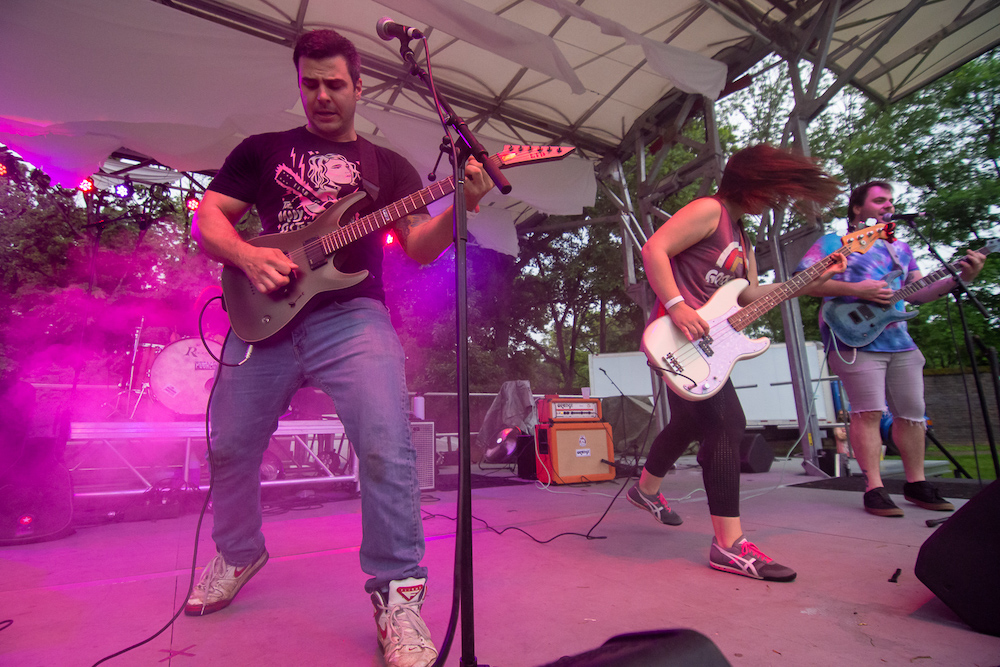 All bands needs a charismatic frontman and Belushi Speed Ball has one in Vinny Castellano, a garrulous conversationalist (and high school teacher) that loves to talk about his band and their music. And on the subject of one of his band’s newest songs, “Ripping Off Municipal Waste,” Castellano has a lot to say.

“‘Ripping off Municipal Waste’ is exactly that,” he said. “It’s essentially our tribute to one of the greatest bands of all time, Municipal Waste. They were crucial in the resurgence of the new wave of thrash movement in the early 2000s and I don’t believe Belushi Speed Ball would exist if it wasn’t for them. We do want to clarify that the song is directed at us and our sound. Philosophically, we very much are a ‘fun with’ not ‘fun at’ band.”

If you’ve ever been drop kicked in the face you might know what it feels like to hear “Ripping Off Municipal Waste,” a hot, two-minute slice of high-quality thrash punk. There’s no mistaking the chugging whiplash frenzy of distorted guitars, frenetic drum blasts and Castellano’s acidic, demon-punk for anything other than a song coming to kick all other songs’ ass. (And just try not to shout along with those refrains.)

“We really are trying to sound like Municipal Waste,” Castellano said. “Which is way more difficult to achieve than people might think. It’s honestly one of the hardest songs we’ve ever written and I personally only listened to Municipal for two years straight. Structurally, it has it all. A fast verse with small-scale runs, harmonizations, a down-stroked, two-step chorus and gang vocals.”

Castellano also admitted that the song couldn’t have sounded so authentic without his bandmates: “Daniel really outdid himself on the drums, he studied hard on [Municipal Waste drummer]Dave Witte’s style. Which consists of lots of hard cymbal stops and fills in time with the scale runs. Jazzy and Kyle were put to the literal test with the amount of speed and variation in the song. And they succeeded!”

While Castellano made it clear that “Ripping Off Municipal Waste” is by no means a goof song, he does credit his easygoing sense of humor for planting the seed in the first place.

“The idea first started when a fan said to me after a show that ‘at least someone around here is ripping off Municipal Waste,’” Castellano said, laughing. “I think they meant it as a compliment but I thought that it was hilarious. After that, I knew we had to make a song with every Municipal Waste trope imaginable. But it’s important to establish a direct difference between a musician being ‘influenced’ and truly seeking to ‘rip off’ another musician. I think that too often we accuse artists of intentionally stealing another’s sound. We’re all influenced by somebody or something. But our goal is to have everyone enjoy themselves and not take everything so serious.”