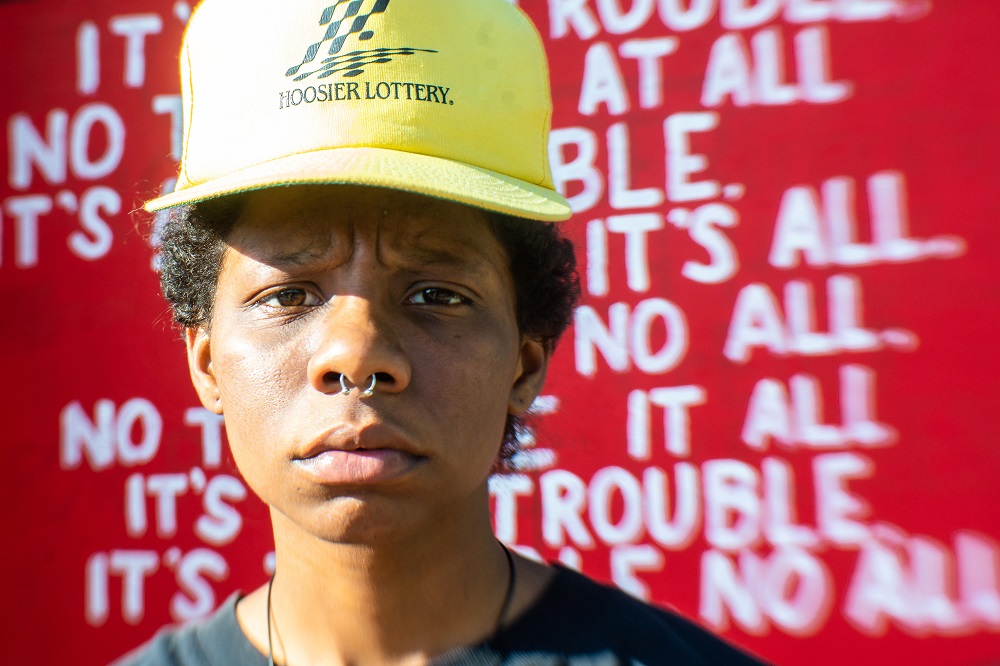 Hip-Hop Artist Nise the Nymph began her music career in a rather offbeat way, by becoming obsessed with the app Magic Piano as a nine year-old. Her mother noticed that obsession, gave her a keyboard, and from there, Nise taught herself piano, graduated to a baby grand, then taught herself Garage Band on her iPhone to create beats that she tried to get other musicians interested in. Around 16 or 17, pissed off because she couldn’t get anyone to buy the beats she was selling online, she decided to use them to create her own songs. Now, at 19, she is the sole composer, lyricist and producer of every song she releases.

Nise was born and raised in Louisville to a family that has always been supportive of their children’s dreams. She is the baby in her family, something she considers unfortunate only because she says everyone in her family is overly protective of her. Her older sister is a musician as well, and Nise remembers her family doing what it took to help her sister pursue a musical career including moving to Tennessee when Nise was in eighth grade. She recently spent time in New York visiting her sister, and they collaborated on a track that she recorded at Off Record Studios in Manhattan during her visit, something Nise is hoping to do more of in the future.

As for her music career in Louisville, Nise believes it’s a great place to have made her start.

“I think that this is honestly the perfect place to start, being that it is such an intimate city,” she said. “Louisville has always been in its own pocket, in its own realm, really. And for artists I think it’s such a good start because it’s a small start, but it’s also a good achievement and a good stepping stone.”

She also feels supported and embraced by the music community in Louisville: “I receive a lot of love, a lot of messages and a lot of support from my peers, for sure. They believe in me — they sometimes believe in me more than I believe in myself which is inspiring as a whole.”

Nise credits having sole creative control of her music with helping her stay prolific as an artist. She released two albums less than one year apart, after her most recent record, Positive Pain, came out July 1.

As far as where she finds inspiration in the music industry, Nise’s answers run the gamut and would have you believe she is older than 19.

“I really am a big huge, huge fan of Kendrick Lamar,” she said. “Everything that he’s doing and his recent album was like phenomenal for me and really a real eye opener to some things for me. So, I would definitely say him for sure.

“I really love J. Cole and Mac Miller, Isaiah Rashad. Old school-wise because I am an old head — I don’t really mess with too much of the mainstream scene right now. I’m just not really into it, I like the underground scenes. But old school, I would definitely say Tupac for sure; MC Light, The Brat, Jermaine Dupri, 100% Pharrell [Williams], the Neptunes, OutKast, Lauryn Hill. I’m a huge fan of Tierra Whack too. There’s also this girl that’s new, Doechii, she’s on Top Dawg [Entertainment]. She’s amazing, phenomenal, I like her a lot.”

Outside of music, she draws inspiration from nature and the outdoors, and cites botanical gardens as places she loves to spend time. She’s also recently gotten into photography, videography and film, and is working with a local filmmaker to learn from their process and editing. She’s taking that education and using it for her own promotional videos and future music videos. Some of these video collaborations appear on her YouTube channel, most notably “Day in the Life with Nise, the Nymph.”

Up next for Nise after her album release is to film more music videos, keep promoting her album, and continuing to perform. She has shows lined up in Huntsville, Alabama and Chicago in a few months. She is also working on a merchandise line, including hash trays, rolling trays and lighters. In the next year, she wants to create a website, set up a tour, put together a team to help her instead of being a one-woman show, and she wants to move to Nashville, which will definitely be Louisville’s loss, although she says Louisville will always be her home.

To close out our conversation, I asked Nise what she wanted the world to know about her music: “I would say that the most important thing that comes from my music is that it is soul music, in the aspect of anyone who listens to it can feel it if they have a soul. And I think a lot of people say ‘soul music’ meaning a specific genre, but I think soul music is just music that you can feel. I think that’s what I make, and I’ve been noticing in the five years that I’ve done this that I reach so many different kinds of people and different kinds of cultures, and different types of people that come from different places and are in two polar-opposite areas of their lives. They still love my music equally, and I think that that is really important. I feel like music should bring people together and promote equality. You know, not really base it off of, if you’re a rapper, you automatically have to talk about selling drugs or exploiting women, or if you’re an R&B singer, you always have to talk about getting your heartbroken. We often have these stereotypes of music, and really, it should just be music that you feel.” •