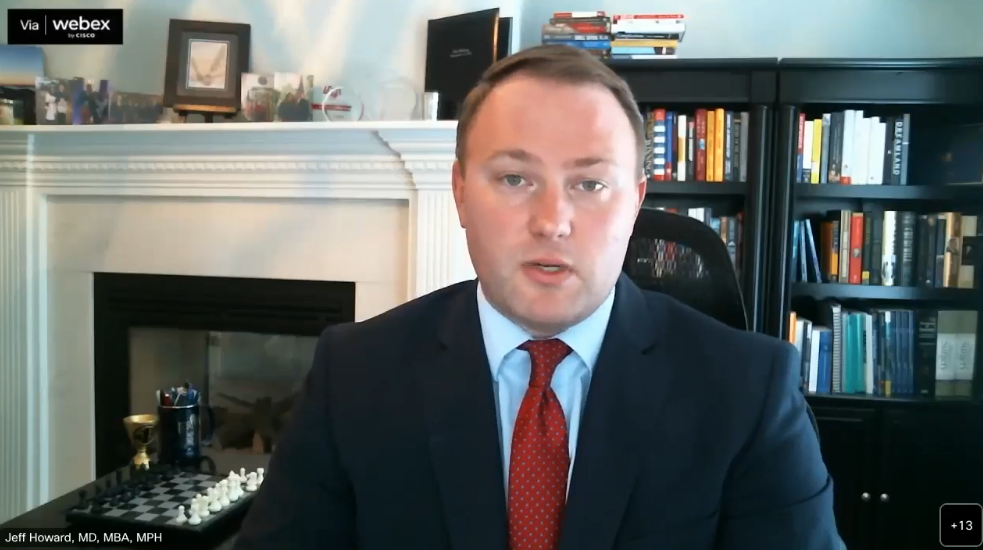 City health officials called the threat of monkeypox to the public “low” on Monday, after three people in Jefferson County contracted the virus.

Monkeypox — which the Center For Disease Control and Prevention says it’s “closely tracking” — causes fever, headache, swollen lymph nodes, muscle aches and a rash that can look like pimples or blisters. It generally lasts from two to four weeks, and is rarely fatal. All three people with cases locally have been able to recover outside of the hospital without any major complications, officials said.

Dr. Jeff Howard, medical director of the Louisville Metro Department of Public Health and Wellness, said that COVID-19 has made people very aware of “our susceptibility to viral illnesses,” and that the city government has recently fielded a high volume of calls about monkeypox.

“We’re not doing this press conference today because we think the risk of monkeypox is high — in fact, based off the CDC’s information, we believe the general spread in the United States is low, and believe that the risk of spread within the Louisville Metro is low,” Howard said. “We do want to make sure people have the information.”

Louisville’s health department is currently doing contact tracing for those infected. There are also a limited number of vaccine doses available, which officials say are being given to those who have had close contact with infected individuals and have high risk factors, such as being immunocompromised.

“The CDC is very limited on who should receive the vaccine at this point,” said Dr. Stephanie Lokits, the assistant director of nursing at the public health department.

Out of 20 courses of the vaccine that Louisville received, 10 are still available. Lokits said more can be requested from the state if needed.

Howard said that “gay men, bisexual men and other men who have sex with other men” are at an elevated risk for the virus, but that monkeypox is “not limited to sexual contact” and that prolonged, skin-to-skin contact, or even sharing clothes, can potentially cause the spread.

Several times throughout the press conference, health officials reiterated that they feel that monkeypox isn’t an imminent threat to become widespread.

“We feel like the risk to those in Jefferson County, in general, is low,” Howard said.