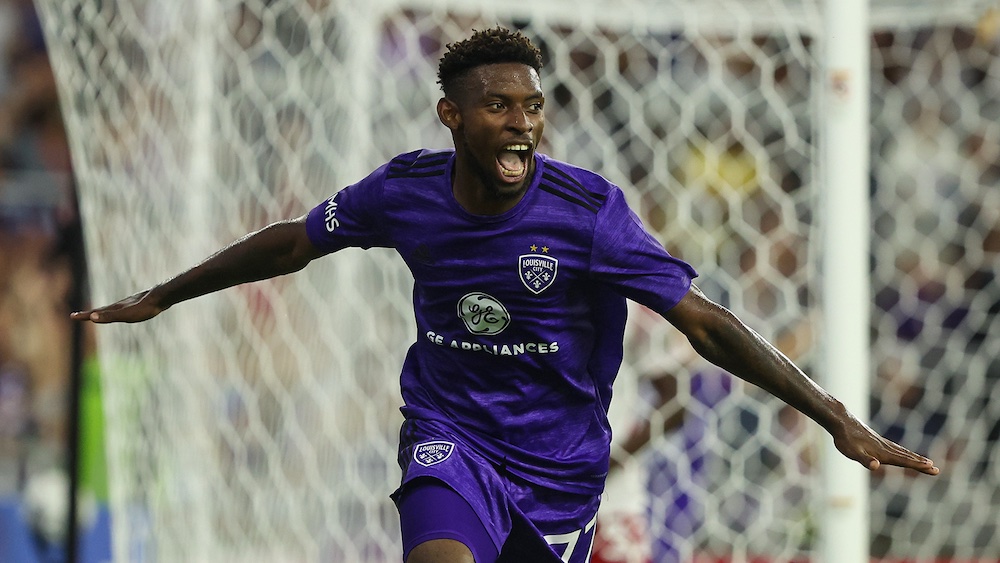 When LouCity defeated the New York Red Bulls II with an incredible 6-0 score on Saturday, they had forward Enoch “Matiti” Mushagalusa to thank: he scored half of those goals and assisted another, becoming the fourth LouCity player (and first ever LouCity winger) to score a hat trick.

Now, Mushagalusa has received even higher honors for his work: This afternoon, the USL announced him as their Player of the Week.

“In every club, you got to earn [it] to be a starter, to earn the trust from the guys and the coaches,” said Mushagalusa in a press conference after the game. “[Coach] Danny [Cruz] trusting me, it’s amazing. I’m glad to be a starter and to play here.”

The USL National Media Panel selected Mushagalusa with 47% of the vote; fellow LouCity forward Brian Ownby, who scored two goals in that game and assisted two others, received 20% of the vote.

Mushagalusa is the first LouCity player to be named the USL’s Player of the Week this year.

LouCity is currently the top-ranked team in the USL’s Eastern Conference standings. To see them in action, check out LouCity’s schedule; their next home game is at 7 p.m. on Wednesday, July 20, at Lynn Family Stadium.