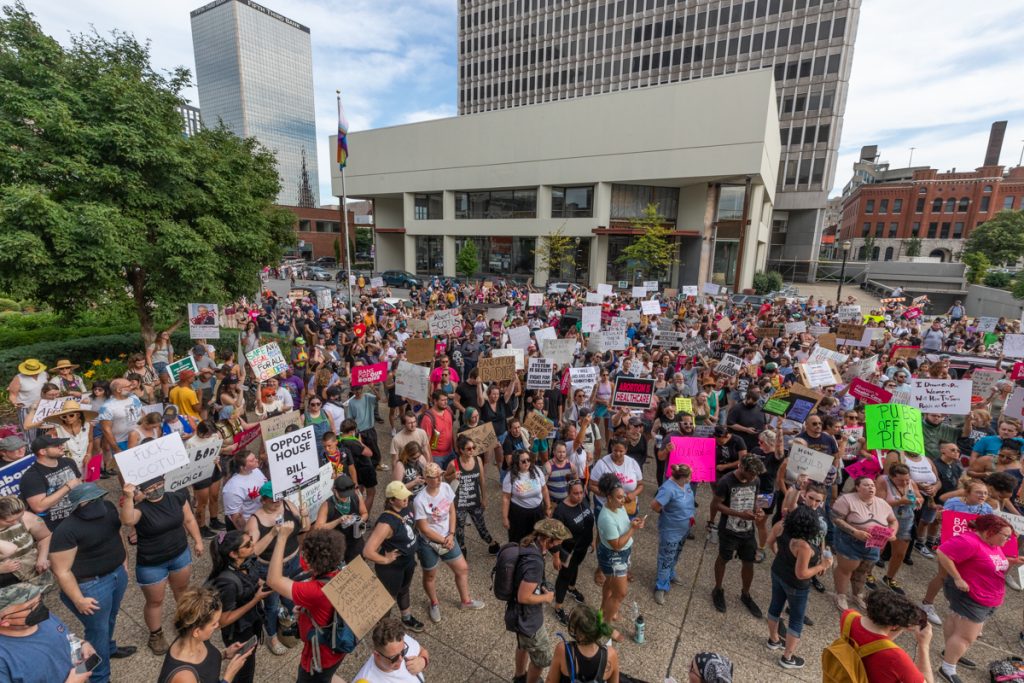 A Kentucky judge ruled Friday that abortion is to remain legal in the Commonwealth as a lawsuit proceeds against Kentucky’s near-total abortion ban “trigger law” and a separate “six-week” ban.

In a 20-page order and opinion, Jefferson Circuit Court Judge Mitch Perry wrote that attorneys challenging the abortion laws on behalf of Kentucky’s two abortion providers “sustained their burden of demonstrating substantial questions on the merits regarding the constitutionality of the challenged laws.”

Additionally, Perry wrote, “there is a substantial likelihood” that the laws violate rights to privacy, self-determination, equal protections and religious freedom enshrined in Kentucky’s Constitution.

Friday’s injunction, which is ordered to last until the lawsuit is resolved, extends a June 30 temporary restraining order that stopped Kentucky’s abortion ban from taking effect following the U.S. Supreme Court’s overturning of Roe v. Wade.

In a joint statement, the ACLU of Kentucky and Planned Parenthood Federation of America, said: “Once again, the courts have rightly stopped Attorney General Daniel Cameron’s relentless efforts to ban abortion, which would have devastating consequences for Kentuckians. No one should be forced to carry a pregnancy against their will or flee the state to access essential health care. Kentuckians have a right to abortion under the state constitution, and we’ll continue fighting for that right so that every person in the commonwealth can get the care they need.”

Attorney General Daniel Cameron, the defendant in the lawsuit, is a staunch supporter of the abortion ban. He unsuccessfully tried to have Kentucky’s Court of Appeals and Supreme Court overturn the June 30 temporary restraining order on the abortion ban.

In a statement on Friday afternoon, Cameron said: “A Louisville Judge’s decision to continue halting Kentucky’s Human Life Protection Act and Heartbeat Law is disappointing, and we will seek appellate relief. The Judge’s suggestion that Kentucky’s Constitution contains a right to abortion is not grounded in the text and history of our state’s governing document. We will continue our steadfast defense of these bipartisan laws that represent the Commonwealth’s commitment to the lives of the unborn.”

Kentucky’s had a near-total ban “trigger law” that contains language saying it goes into effect “immediately” with the overturn of the landmark 1973 Roe v. Wade ruling that protected abortion rights. The law, which carries criminal penalties for people who perform abortions or provide medication to terminate pregnancies, only allows abortions when a mother’s life is in danger. The law provides no exceptions in cases of rape or incest.

When Roe v. Wade was overturned by the Supreme Court on June 24, Kentucky’s two abortion providers ceased operations. They resumed operations following a  temporary restraining order on the law on June 30 that was put in place up until the court could decide on whether a longer-lasting injunction would be granted.

Perry also wrote that a separate six-week abortion ban that was also challenged by the ACLU of Kentucky and Planned Parenthood in the lawsuit held a “distinctly Christian and Catholic belief” regarding when life begins and qualified that law as “theocratic based policymaking.”

Abortion will be on the ballot in Kentucky in November, with a question asking voters if they want to add an amendment to the state’s Constitution that says that abortion is not a constitutionally protected right in Kentucky.

On Twitter, the ACLU of Kentucky wrote: “Today’s victory is temporary, but important. We will never stop fighting for your right to make the best decisions for yourself. The government and extremist politicians should never have the authority to force a person to remain pregnant against their will.”

To read the full text of Perry’s order, click here.