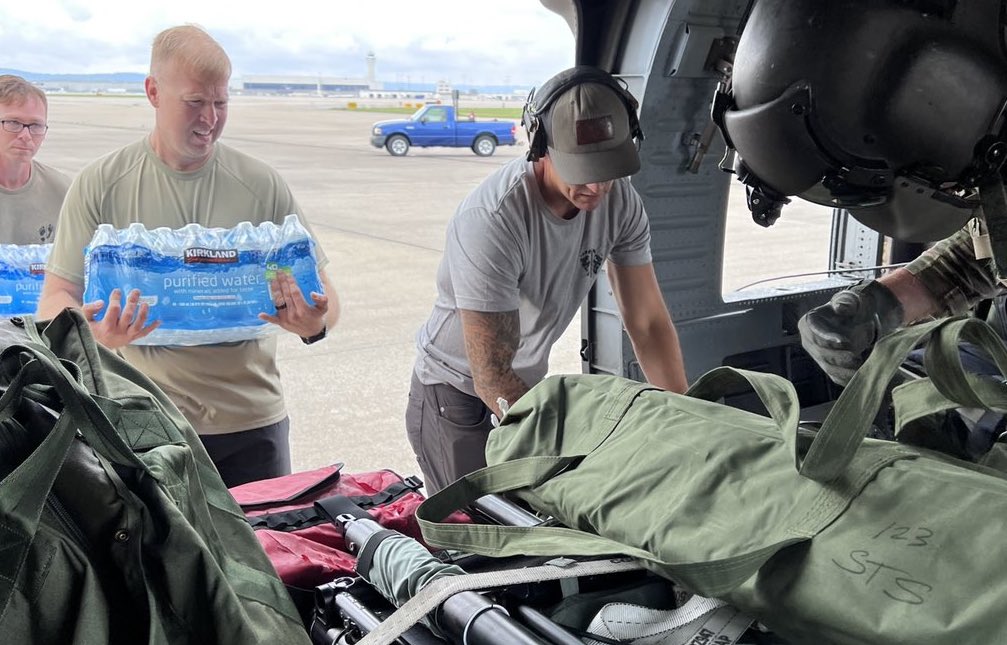 Gov. Andy Beshear said there were 16 confirmed deaths as of Friday morning due to the severe Eastern Kentucky floods, and that he expects that number “to get a lot higher.”

“To all of the families who know you have already sustained a loss, we’re going to grieve with you, we’re going to support you and we’re going to be here for you, not just today, but tomorrow and the weeks and the years to come,” Beshear said during a 10:30 a.m. update.

The governor also said that President Joe Biden ordered federal aid for 13 Kentucky counties, and that FEMA is currently on the ground. There are currently 10 shelters open, Beshear said, and around 337 people are currently occupying them. At least 294 people have been rescued from the floods.

In an 11:39 a.m. bulletin on Friday, the National Weather Service’s Jackson, Kentucky office warned flash flooding was “ongoing or expected to begin shortly” in a number of locations in southeastern Kentucky’s Bell, Harlan and Knox counties as a result of heavy rain. Large portions of Eastern Kentucky are under NWS flood watch until at least 10 p.m. Friday night.

In its bulletin, the NWS warned that most flood deaths occur in vehicles and warned drivers not to attempt to drive through flooded roads.

Earlier on Friday, the NWS said the North Fork River in Whitesburg had reached a high of 20.9 feet on Thursday, nearly 11 feet above its flood stage. The river’s previous high crest was 14.7 feet and occurred in 1957.

In his briefing, Beshear urged anyone who knows of a missing person to report that information to the Kentucky State Police.

Here is the provided directory for each county:

Due to a high number of calls, an email portal has also been established. People can report a missing person to [email protected] with the following information:

“This is going to be a huge challenge, with such a large area hit, to get good unaccounted for numbers, but you out there can help us,” Beshear said.

For those who want to donate, the governor has set up the Team Eastern Kentucky Flood Relief Fund.