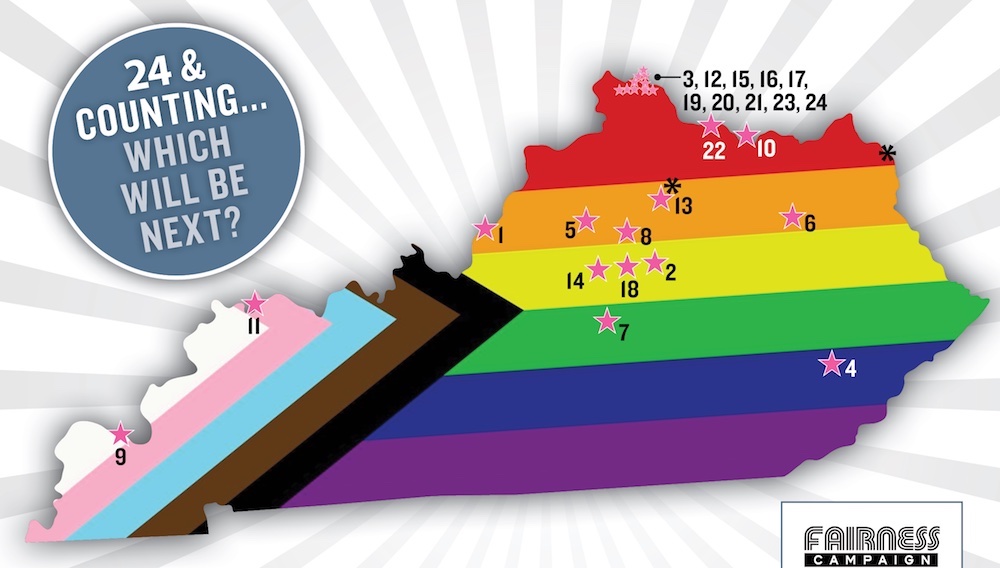 Elsmere in Northern Kentucky has become the 24th municipality in the state to adopt a Fairness Ordinance, which protects LGBTQ people from discrimination in employment, housing and public accommodations.

Chris Hartman, executive director of the Fairness Campaign, said that it falls upon local governments to protect citizens, since the Kentucky General Assembly continues to refuse to act on statewide Fairness Laws in the Kentucky Senate and House.

“We’ve had another exciting victory for LGBTQ rights in Elsmere City, once again proving that equal rights is a small town value,” said Hartman. “We hope that this continued progress inspires the Kentucky General Assembly to act on a statewide Fairness Law.”