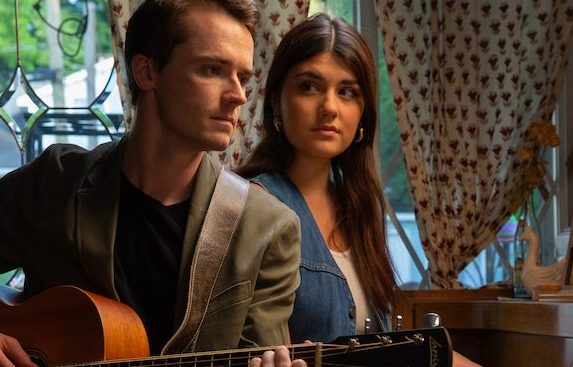 Time Slip Theatre has a new home and a new show, the final of the season.  The new show is a stage production of the award-winning film, “Once,” made famous by its flagship song, “Falling Slowly.” The original film stars singers Glen Hansard and Markéta Iglová.

A press release from Time Slip Theatre describes the show as, “A soft and stirring folk musical, it follows the events that come from a fleeting moment between someone who has given up on himself and someone who is able to open his eyes. In the days following their encounter, both of them are changed forever, imbued with a reinvigorated sense of passion and an unwavering hope for possibility. With a moving score played by the very actors themselves, ‘Once’ reminds us that sometimes all it takes to rediscover who you are is one chance moment.”

Performances will run at Time Slip from June 24 – July 3 at the company’s new location, 1501 Story Avenue, which was formerly the LetterSong Calligraphy Studio. Tickets for the show are $24 and available through the Time Slip Theatre Website.

Please note: “The show is an extremely intimate production with limited seating at the new black box in Butchertown.”