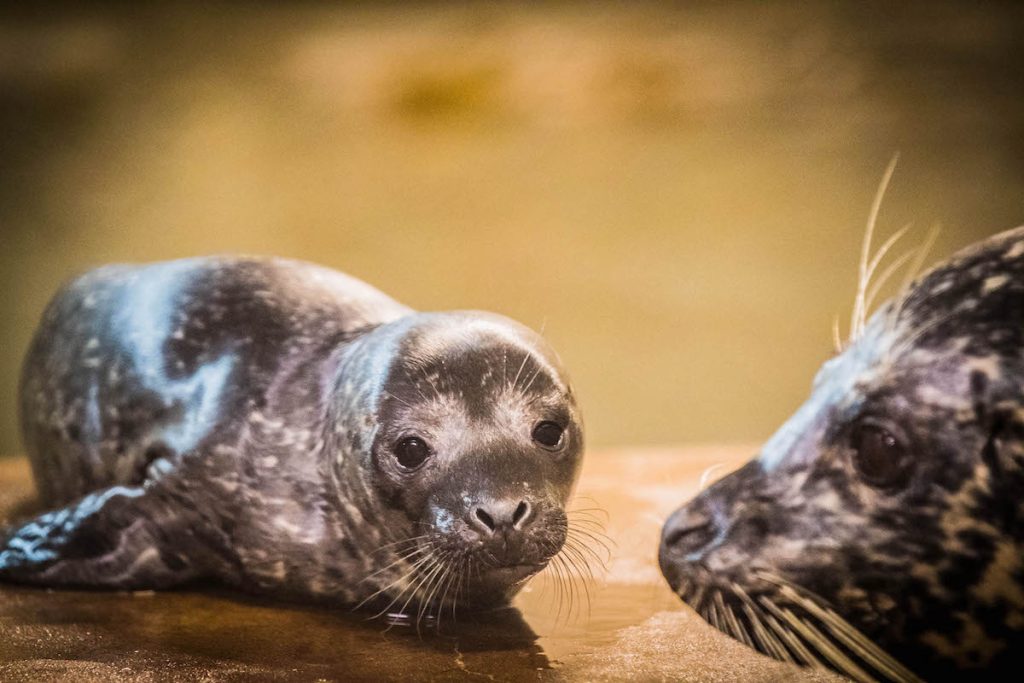 On Monday, June 20, a member of the harbor seal family at the Louisville Zoo died. Seven-week-old seal pup, Emmy was born on April 29 of this year and passed away Monday. She was the baby of seals Tonie, her mother, and Oscar, her father. She was born underweight and had not gained weight as quickly as the veterinarians at the zoo had hoped. She had good maternal care from her mother but sadly, Emmy didn’t thrive. Early on the pup failed to show a drive to nurse and had to be fed via tube.

“Losing an animal — especially this young — is always hard,” said Dr. Zoli Gyimesi, Zoo Senior Veterinarian in a release. “I’m so proud of the staff for all their efforts; we gave Emmy every chance we could. We are grateful for the many consultations provided by experts around the country.

It is not uncommon for young animals in the wild to die young. In fact, up to one-third of harbor seal pups don’t survive on the coasts due to issues like starvation, malnutrition, infection and, of course, predation from other animals.

The zoo will perform a necropsy and results will be shared with the community at a later date.