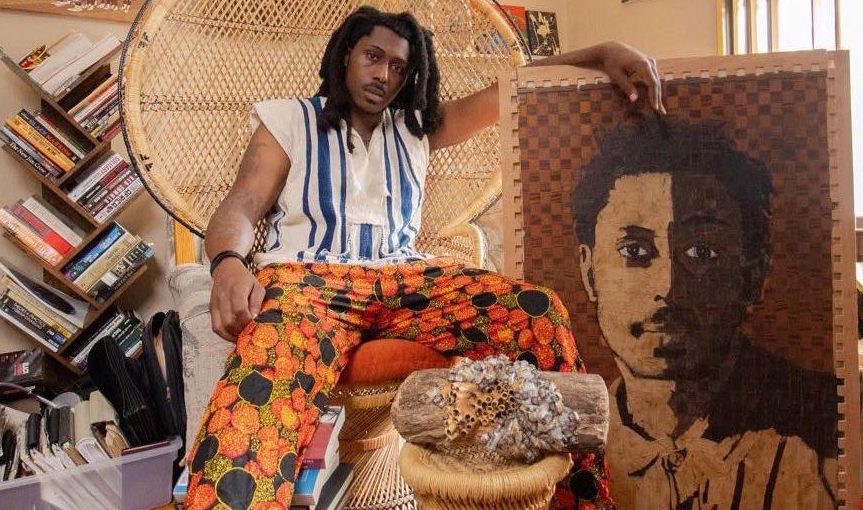 Louisville Visual Arts is busy as ever with two events coming up this week. On June 29, Lance G. Newman II will receive the 2022 Bill Fischer Award for the Visual Arts and, on June 30, the LVA will have a mural reveal at Mellwood Art Center that was inspired by the board game, “Catan.”

About The Bill Fischer Award for Visual Arts

According to LVA, “Bill Fischer established the Visual Art Award that bears his name to make a meaningful impact on the career of a visual artist residing in the Louisville Metro Area. The award is funded by the Artist Bill Fischer Foundation for Working Artists at the Community Foundation of Louisville providing a $7,000 fellowship award for the execution and exhibition of artwork and other efforts to foster a professional career. Recipients of the Fischer Award must show a commitment to experimentation and the creative use of materials and techniques.”

Lance G. Newman II, who was was raised in Louisville, is a writer, poet, host, actor, performing, visual and teaching artist. Using the moniker SpreadLovEnterprise, he teaches his creative writing and public speaking curriculum in schools, community centers and service-providing organizations.

“While Lance is more commonly known for his performance poetry and creative writing, in recent years he has taken to visual arts as a way to succinctly express concepts that may be more difficult to put into words. A recurring material in his mixed media works is the waste left behind Black and Mild cigars, a by-product of what Lance refers to as a vice he’s struggled with for years,” according to an LVA statement. “To lessen his carbon footprint, he creatively uses these excess materials to create intricate sepia-toned artworks with a certain vintage appeal. His work explores the human experience, societal reflections and personal memories. In addition to these themes, Lance says his use of Black and Mild cigar imagery speaks to the blackness and mildness of African Americans and the African diaspora. Through his work, he hopes to bring civility and honor to those once deemed unworthy.”

Newman hopes to use the award to get more space for his art practice. Currently he works out of a small office in his home but plans to convert his garage into a new studio space

“The impact of this award is far more than monetary,” Newman said in a statement. “It comes at a time in my career where expansion is necessary and it will allow me to properly increase my capacity. Also, it feels like the city is finally seeing me, and that is a lovely feeling. Much Love.”

About the Catan Mural Reveal And Community Event

Inspired by the board game, Catan, Louisville visual artist Amie Villiger Harris created a mural at the Mellwood Art Center. LVA partnered with the artist to facilitate production of the mural.

Seeing that both board games and public art have a way of bringing folks together, the opening reception will feature complimentary food and beverages, the mural reveal and, you guessed it, board games. The event will be held from 5 p.m. – 8 p.m. at the Mellwood Art Center on June 30 and is free.

Amie Villiger Harris is an artist and muralist based out of Louisville. She has been painting murals since attended the Great Mountain Mural Mega Fest in 2019 in Harlan, Kentucky.

An avid board gamer, Harris grew up playing “Catan,” and she sees a connection between the game and nature, which is expressed in the mural.

According to a statement, “the mural is a celebration of nature and the resources that drive the game, depicted with a distinctly regional flavor through imagery of local flora and fauna. Harris seeks to highlight the natural beauty of the surrounding land and wildlife to inspire a concerted effort to preserve and protect wild spaces and fragile ecosystems in order to achieve sustainable development and long-term survival. Like in Catan, our human civilization is dependent upon nature’s bounty and we must respect our relationship with the land, waters, and wildlife and pursue environmentally sustainable solutions.”