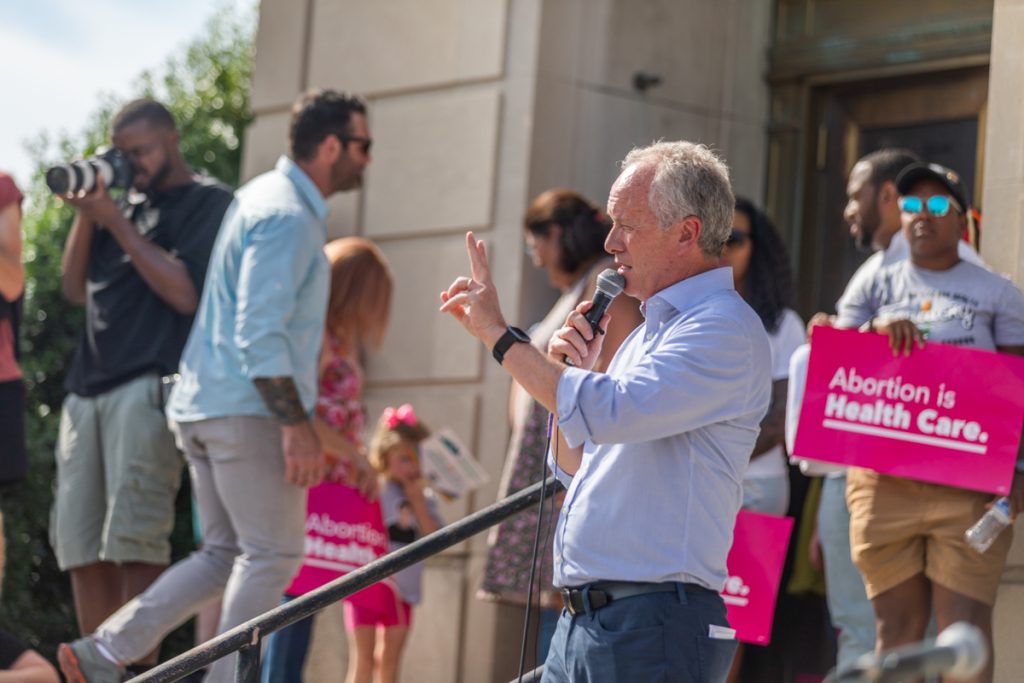 After Kentucky’s trigger law abortion ban went into effect with the landmark overturn of Roe v Wade on Friday,  Louisville Mayor Greg Fischer says the city is consulting attorneys about what obligation the city has to enforce the new law.

“I am absolutely disgusted by the Supreme Court’s decision to overturn Roe vs. Wade,” said Fischer in a written statement to LEO Weekly on Monday morning. “We are currently in discussion with our attorneys about the degree to which the city is required to enforce this law. While we must go after anyone that preys on vulnerable women and girls seeking reproductive healthcare, LMPD’s priority remains and must remain tackling the unacceptable levels of gun violence and domestic violence in our community.”

Kentucky’s trigger law abortion ban ranks alongside the most restrictive in the country. It provides no exceptions in cases involving rape or incest; under the law, abortions are only allowed in cases where the mother’s life is in jeopardy. Persons who perform abortions — or provide medication to terminate a pregnancy — can be charged with a Class D felony, which carries a punishment of up to five years in prison.

Kentucky’s two abortion providers stopped services as the ban became law on Friday. Kentucky is one of about 12 states that had “trigger laws” in place that would ban abortion with an overturning of Roe v Wade. Other states are expected to pass abortion bans in the wake of the decision. According to the pro-abortion rights Guttmacher Institute, Virginia and Illinois are Kentucky’s only neighbors that are not likely to have an abortion ban in place.

After the Supreme Court ruling on Friday, Democratic mayoral nominee Craig Greenberg said in a statement that if he is elected mayor, Louisville police “will not be the enforcement arm of a ban on reproductive healthcare, be it abortion or other medical decisions.”

LMPD referred questions about the enforcement of the abortion ban to the mayor’s office.

This story may be updated.