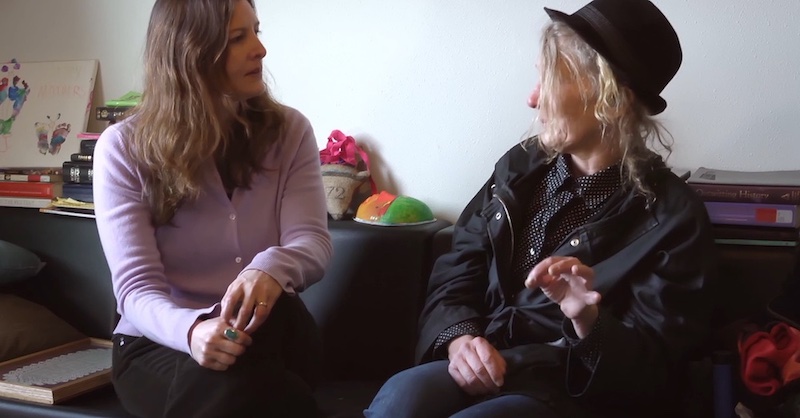 A still from the “Live Out Loud" trailer.

Louisville filmmaker Melissa Gregory Rue wants to inspire filmmakers and artists in other cities to consider ways in which they approach and connect with people experiencing homelessness. Her documentary “Live Out Loud,” which will be showing at TCL Chinese Theaters in Los Angeles on June 19 during the Dances with Films Festival.

The documentary follows the experiences of three people who are experiencing homelessness in Portland, Oregon. The three individuals are participating in a grant-funded project about learning to make their own films, hopefully in part to encourage healing from traumas.

The three individuals are Sumaiyya, a white woman in her 60s who is a recovering heroin addict and former sex worker, David, a young Black man in his mid 20s and John, a gay, white fanfic writer in his early 30s. Each with their own tale to tell. Sumaiyya wants to do a self-portrait. David wants to create a Halloween dramedy, and John wants to experiment with stop-motion animation as his medium.

“To varying degrees, their shared journey puts each one of them on a better path,” according to a press release.

“There’s no doubt that getting people into housing, with food and water is a vital first step. But there’s another side to solving this crisis—restoring self-esteem. The isolation and stigmatization of homelessness tear people down, but art can help them regain hope for the future. We want more cities to create programs that both empower people experiencing homelessness and bring them together with their larger communities, citywide.”

Dances with Films is held yearly in Los Angeles and has more than 20,000 attendees each year. The festival is celebrating 25 years this year.

Live Out Loud Trailer from Melissa Gregory Rue on Vimeo.