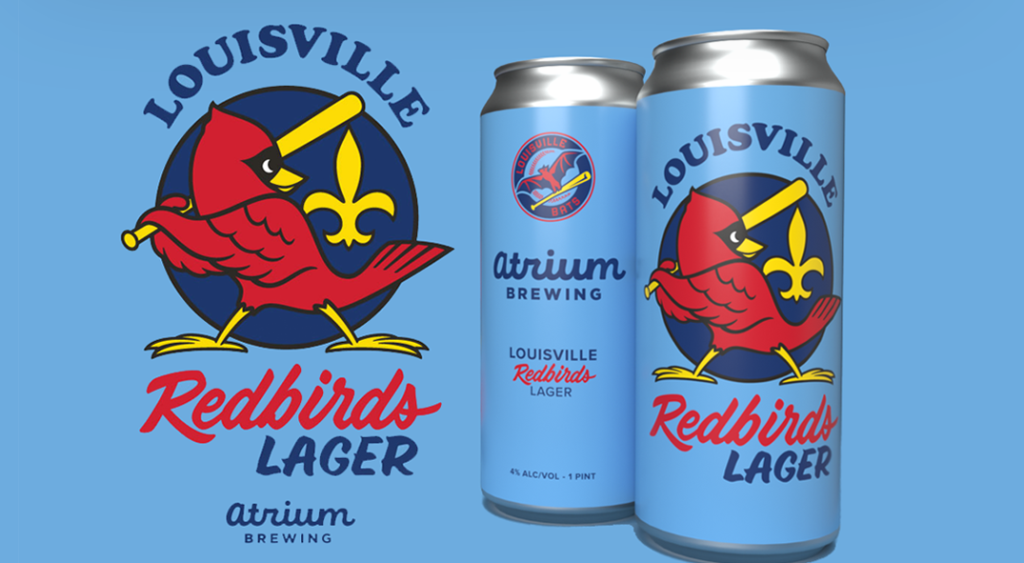 The Louisville Bats announced they are teaming up with local brewery Atrium Brewing for the second consecutive year, and second time this season, to launch the specially-branded Louisville Redbirds Lager to celebrate the 40th Anniversary of the franchise.

And that’s going to bring back some good memories for those of us who attended countless Redbirds games back in the day. Personally, I remember covering the team for several years for my local newspaper. And sitting in the press box meant I didn’t have to pony up for hot dogs and beer, along with my fellow sports journalists.

Per an announcement by MILB.com, Louisville Redbirds Lager is an American Lager “perfectly crafted for summer nights at Louisville Slugger Field.” The beer will first be available at Atrium Brewing during the official launch party on June 6 (beginning at 6 p.m.) and remain on tap there while supplies last. The Louisville Redbirds Lager will then be exclusively on draft at Louisville Slugger Field throughout the month of June (at Home Run Hops and the Double Play Bar on the concourse).

Fans can also enjoy Atrium beer at Bats games by taking advantage of the “Craft Beer Ticket Package” for Friday home games this season. Packages are available for just $20 and include one outfield reserved ticket and two Atrium beers (use coupon code ATRIUM when purchasing) Visit BatsBaseball.com for additional information or to purchase tickets.

Atrium partnered with the Bats in June 2021 for the debut of the Bats-branded “Bat Boy,” and to start the 2022 season with the pink lemonade sour, “Bat Boy 2.0.”

The Louisville Redbirds Lager’s can was designed by Atrium’s Vice President and Creative Director, Donald Mahoney. The color scheme features a throwback theme from the Redbirds era, with a baby-blue base color on the can, navy blue and red for the font, and beer name stamped around the border of the Redbirds logo.

The Louisville Redbirds Lager will make its debut at Louisville Slugger Field on Friday, June 10. The launch party will feature a raffle with a variety of prizes, live music and an appearance by Buddy Bat. All fans are invited to attend the free event.

It just occurred to me: There are “souvenir” Billy Beer cans still being stored in Louisvillians’ basements. Will this can be the next one people retain as a keepsake? I know I’m going to grab at least one.