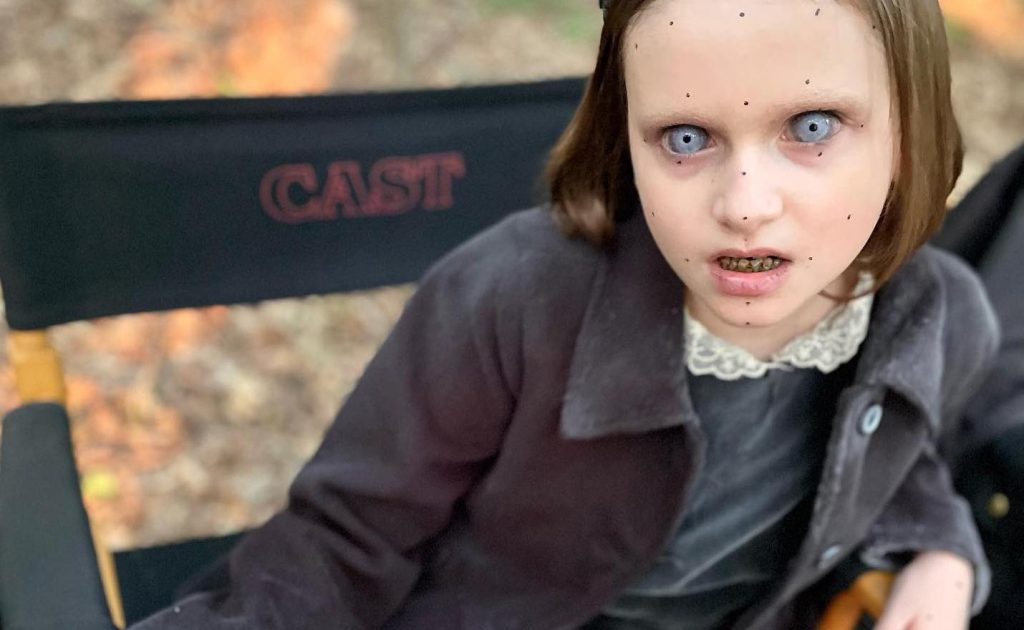 The superstar hit Netflix show “Stranger Things” released its fourth season on May 27. Among its many mysterious monsters and creepy creatures is one played by a child actress who hails from Louisville.

10-year-old Elizabeth Howlett appears in “Vecna’s Curse,” the second episode of the fourth season. Howlett plays a zombie-esque character listed on IMDB as a “griever.”

Spoilers for the episode appear in the next two paragraphs.

Howlett and the other grievers appear about 53 minutes into the episode. In the scene, the character Fred Benson, who feels crushingly guilty for a fatal car crash, has gone into the woods after hallucinating the noise of a grandfather clock. When he finds the clock in the woods, it is laid out in a coffin.

Howlett’s character and the other grievers are wearing funeral clothes. She leads the group in shouting “Murderer!” at Benson as she points at him, her hand transmogrifying into a grotesque and monstrous one. Benson runs away. Without going into too much detail, we can say that the rest of the episode doesn’t end well for him.

Howlett and her family had to keep the role a secret for a year due to a non-disclosure agreement, but she announced it this past Sunday on Facebook and Instagram.

The posts, which described her character as “a total creep,” show her in her costume and makeup for the role, which included a set of fake teeth and gray contact lenses.

Outside of “Stranger Things,” Howlett’s resume also includes appearances on the shows “Kids Say the Darndest Things” and “Home-Schooled,” the movie “The Art of Self-Defense” (a Jesse Eisenberg film that was shot at least partly in Louisville) and commercials for Papa John’s and La-Z-Boy.

Many of her roles are in Christian productions on Pure Flix, which is essentially a Christian version of Netflix, so this role was a notable departure.

“I didn’t know my role until I actually booked it, and when I realized that I had to get my teeth molded and have special effects on me, I was so excited,” Howlett told LEO. “It’s so different. I’ve never played a spooky character before.”

Howlett said it was difficult to keep the role a secret for a year because she was so excited about it. She shared behind-the-scenes photos with fellow homeschool classmates at a local cottage school, but she said they’d forgotten about her role by the time the episode came out.

Her role on Stranger Things may have been small, but the production is the biggest that she’s been part of yet.