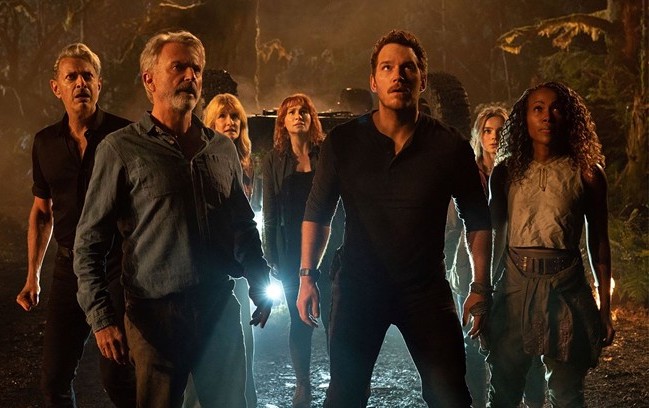 For Gen-Xer’s in particular, the multiplex has turned into a time warp of late, with new chapters of popular films like “Top Gun” and “Jurassic Park” offering the kind of enhanced escapism that previously would have been thought impossible.

Not only are these films playing off our collective nostalgia for a time when the world was a far less scary place, but they offer fans young and old the opportunity to revisit characters that have aged in real time and to see how they are faring in a modern technological age.

This should be cause for celebration.

Celebrations, however, typically are reserved for movies that are actually good.

The reality, according to box office receipts, is that no one cares that our childhoods are being mined by bean counters to extract as many dollars as possible, regardless of the quality of content being presented as new and original.

Much like I was one of the few film critics to take pin to balloon in criticizing “Top Gun: Maverick” for being a gung-ho slice of empty patriotic hoo-ha expertly calibrated to elicit maximum feels, I am of similar mind about the sixth and supposedly final (yeah, right) chapter, “Jurassic World Dominion,” of the long-running “Jurassic Park” franchise, which has arrived to underwhelm anyone expecting a proper climax worthy of 29 years of waiting.

To be honest, I actually enjoyed “Dominion” much more than the first two chapters of this second trilogy, which kicked off in 2015 with “Jurassic World” and was followed in 2018 by “Jurassic World: Fallen Kingdom.”

But, again, such bright spots sputter out quickly when one considers “Dominion” as a whole movie instead of as a collection of individual puzzle pieces.

The truth is that what once was magic now feels contrived.

“Jurassic World Dominion”—Universal Pictures has gone to great lengths to make sure critics don’t add a pesky colon to the title—is supposed to be the culmination of decades of world-building. This sixth installment is being billed as a thrilling adventure, a trip to a world where dinosaurs now roam free for the first time in millions of years, yet for much of its bloated two-and-a-half-hour runtime, dinosaurs are absent from the core narrative.

I’ll even go so far as to suggest that “Jurassic World Dominion” is actually a call for action on climate change instead of a rousing thrill-ride where humans try not to get eaten by towering beasts thundering down city streets.

Why in the hell would I say that? Locusts. That’s right, locusts.

You see, the big bad villains in “Dominion” aren’t the T-Rex or Indominus Rex or even the velociraptors. Nope. The real threats in “Dominion” are genetically enhanced locusts, which are destroying the world’s agriculture industry at a frightening clip, and Lewis Dodgson (Campbell Scott), the silliest evil tech billionaire ever to grace the silver screen, whose cadre of scientists created the locusts.

Dodgson is such a buffoon that when his evil plot to rule the world appears on the brink of being thwarted, he beats up a desk chair like a petulant 6-year-old and then runs away.

Anyone with a brain who previously endured “Jurassic World” and “Jurassic World: Fallen Kingdom” knows that Pratt and Howard have struggled to generate anything resembling chemistry. They still haven’t found it, and hopefully won’t get another opportunity to fail at doing so.

The script even acknowledges this deficit at one point, when a secondary character asks Dearing whether she and Grady are “still a weird thing,” and Howard has to act like that’s the most ridiculous thing she’s ever been asked.

“Jurassic World Dominion” introduces a few new characters, including Mamoudou Athie as Ramsay Cole and DeWanda Wise as plucky pilot Kayla Watts, and it brings back Isabella Sermon as Maisie Lockwood, the first human clone, who was introduced in “Fallen Kingdom.”

The film devotes so much attention to Lockwood that you actually forget you’re supposed to be watching dinosaurs run amok all around the world.

Likewise, it doesn’t matter how many Easter eggs Trevorrow throws in to distract viewers, the fact remains that “Jurassic World Dominion,” while entertaining at times, has zero interest in being a good movie or a proper sendoff to a beloved franchise.