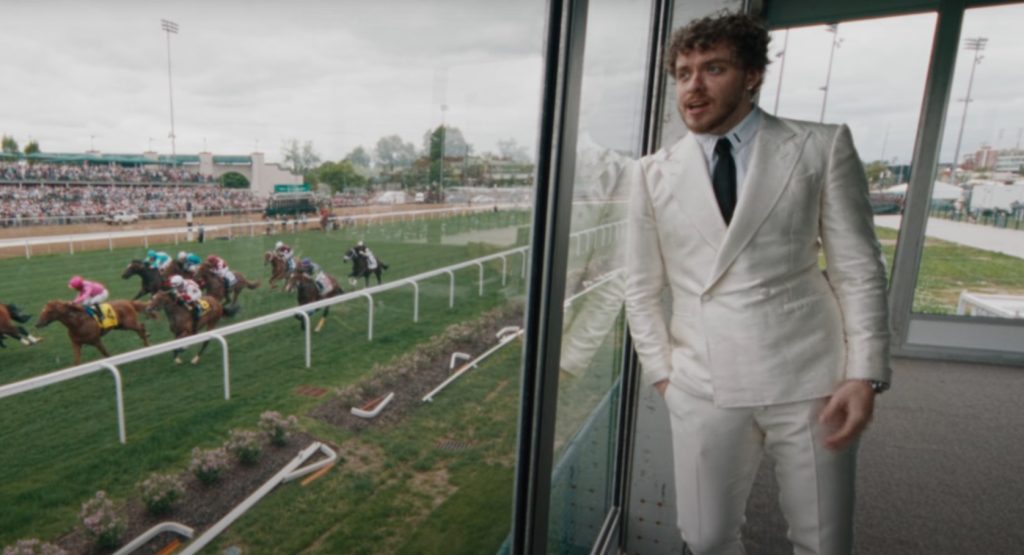 A screenshot from the music video of Jack Harlow's 'Churchill Downs.'

It includes shots from Harlow’s “Riders Up!” call, Harlow rapping as horses run by, Drake dancing with Harlow’s mom and more.

It also features footage of bats being made in the Louisville Slugger Museum & Factory as well as reversed shots of the Thunder Over Louisville Airshow and fireworks.

But there’s also a lot of crowd footage in the video — guests at the Derby and Thunder make appearances. If you were at either event this year, there’s a chance you’re in a shot or two.

This reporter appears in the video, too, by the way — go to 1:40 for my brief, obscured, Mike Wazowski-esque appearance photographing Harlow and other celebrities on the red carpet.

Harlow released the “Churchill Downs” track on his latest album Come Home The Kids Miss You that came out on May 6, the day before Derby. He also performed it during his headliner set at Forecastle this past weekend.