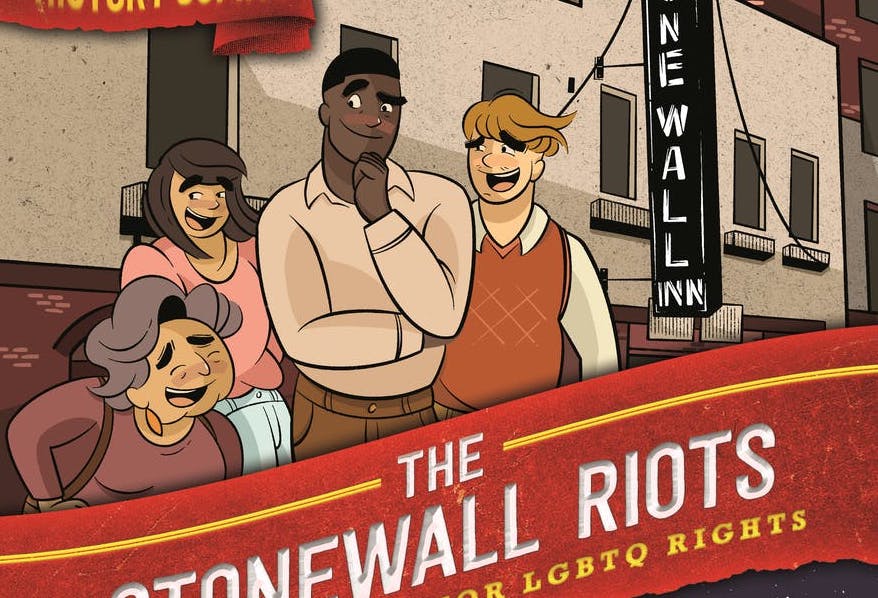 The Stonewall Riots: “Making A Stand for LGBTQ Rights”
Written by Archie Bongiovanni
Art by A. Andrews
Review by Felix Whetsel
In “The Stonewall Riots,” queer teens Natalia, Jax and Rashad learn through through Ms. Carmen, Natalia’s abuelita, about the historic events of June 28, 1969. After discovering that Ms. Carmen had been in a gay relationship in her youth, the group (plus Ms. Carmen’s pet bird Rocky) travel back in time to witness first hand the events leading up the riots that would launch the modern day gay liberation movement.

Through the lens of the main characters, we’re introduced to the political atmosphere of the late 1960s. From notable LGBTQ icons that participated in Stonewall like Marsha P. Johnson, Sylvia Rivera and Fred Sargeant, to the network of groups that were on the frontlines of progress, “The Stonewall Riots” is an easy-to-understand look into the history of the struggles of the queer community. It also introduces concepts such as intersectionality and police brutality in a way that is accessible for a burgeoning activist. Finally, it takes a succinct look at pre-Stonewall history, as well as later milestones in the gay rights movement.

“The Stonewall Riots” is another in a line called History Comics, a series of books targeted towards 9-12 year olds. Seeing as the nation is currently dealing with an onslaught of legislation targeting queer children, this books works as a timely introduction to the history of the LGBTQ community, and the people who fought to get us where we are now. 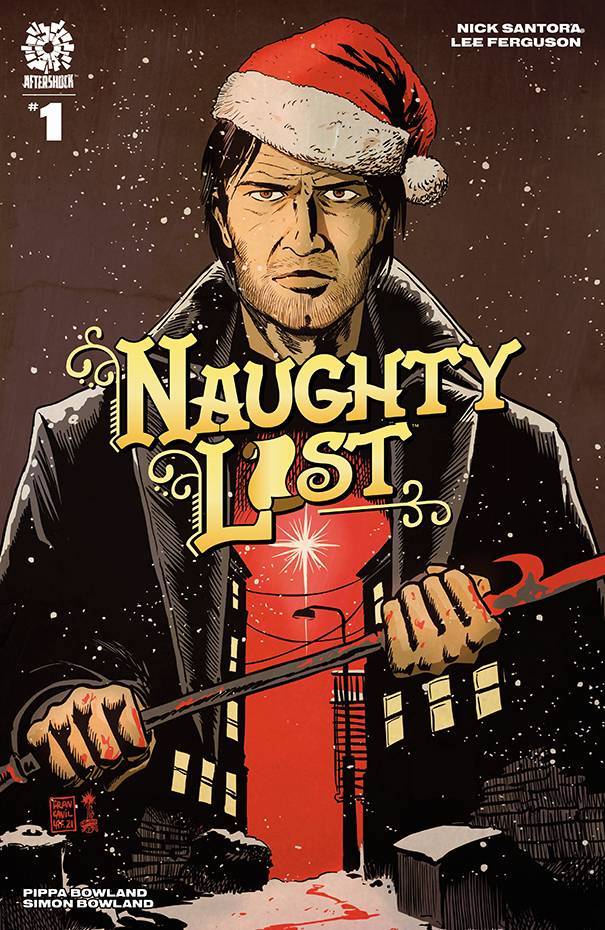 “Naughty List” #1 and #2
Written by Nick Santora
Art by Lee Ferguson
Review by Krystal Moore
I think we all agree that “Die Hard” is, in fact, a Christmas movie. But what if Santa Claus were played by Bruce Willis, or say, Chris Hemsworth? That’s what you get with “Naughty List.” This Santa, many years ago, was a happy husband and father, who, as a hobby, decided to use his talents as a wood carver to make toys to cheer and bring comfort to the town’s ill or disowned children. He sees the joy it brings them, and soon his hobby turns into an obsession. When a magical star comes along, our hero ceases to age and is gifted with magical things around him, like flying reindeer to help get the toys to the ones who need them. He gives a job to a local little person — who’s bullied by the townsfolk — and soon, that turns into all the little people coming to him for work. Eventually, his family dies of old age, leaving him behind. It’s a situation that hasn’t made this Santa a jolly old elf.

Present day finds our grumpy, muscular Santa and his elves fighting addiction, boredom and all the other things that would come from immortality.  And now, something terrible has happened. Someone has stolen the Naughty List and seems to be using it to murder big time criminals! Plus, they don’t know how many toys to make because they don’t know which kids shouldn’t get toys this year! Santa and his head elf Plum must go out into the darker places of the world and try to track down the thief. What an adventure — this is not your Grandma’s Santa Claus!