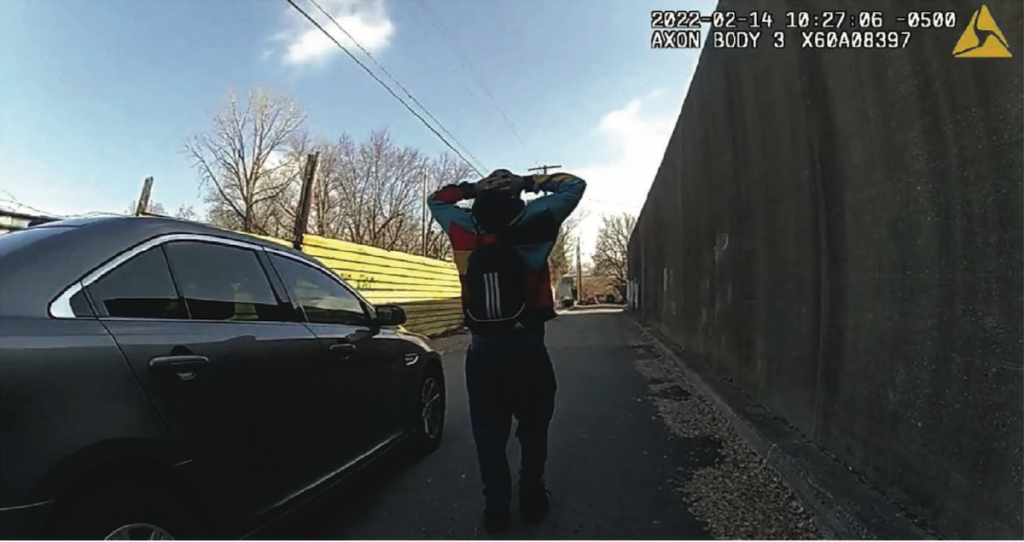 In a 16-page ruling, U.S. District Judge Benjamin Beaton wrote that evidence presented so far showed that Brown was a flight risk and a threat to the community. Beaton mentioned how Brown traveled to Greenberg’s home the night before the campaign headquarters shooting, only to apparently have his weapon jam. The next morning, Beaton wrote, Brown purchased a second firearm and fired six shots in Greenberg’s Butchertown campaign office, where the candidate was meeting with four staffers. Nobody was injured in the shooting, but a bullet passed through Greenberg’s sweater.

“This evidence indicates Brown is a threat to flee and a threat to others in the community,” Beaton wrote. “If the Court accepted the invitation to release Brown to home confinement, no set of conditions could reasonably ensure he wouldn’t again leave the state or threaten the safety of the candidate or others in the community. The alleged crime remains incomplete, the campaign remains in full swing, the first gun remains unrecovered, and the implications of Brown’s current mental health — despite treatment and medication — remain inconclusive at best.”

Attorneys for Brown, who was a well-known Louisville activist and penned columns for the Courier Journal, have said that he is suffering from mental illness in arguing for his release.

Brown was arrested by Louisville police minutes after the Feb. 14 shooting, but was released into electronically-monitored home incarceration days later after the Louisville Community Bail Fund paid his $100,000 bond. In early April, he was taken into federal custody and federal charges were announced in addition to the state-level attempted murder and wanton endangerment charges he was already facing.

In his ruling, Beaton also cited how Brown had purchased and practiced with a handgun ahead of the shooting and how the 21-year-old activist had gone missing for a span of 11 days last year, only to turn up in New York City. An article written by Brown in January — days before he purchased his first weapon — and social media posts referencing Greenberg were also brought up by Beaton in his order.

A 797-page internet history filed as an exhibit in the case by the government shows Brown’s online activity in the days leading up to the shooting.

According to the document, Brown researched Greenberg’s office and home addresses as well as members of the candidate’s family. The document also showed that Brown had looked up information on Jeffersontown mayor Bill Dieruf, a Republican running for mayor of Louisville.

The night before the shooting, on Feb. 13, Brown took a ride share to Greenberg’s home according to ride share data filed as an exhibit in the case. After being dropped off, he Googled “loading a bullet backwards” and other terms that suggested that he was in possession of a weapon that had jammed. The internet activity report also shows that he tried to search for gun stores in the vicinity of Greenberg’s home before leaving.

The next morning, prosecutors say, Brown purchased a Glock 17 handgun from a downtown Louisville pawn shop and headed to Greenberg’s office at Butchertown Market.

“Nothing about the record described above — the posting, the searching, the traveling, the shooting — suggests a series of random and unconnected actions,” Beaton wrote. “The law requires judges to assemble this puzzle, not just look at the pieces.”

At 10:12 a.m. on Valentine’s Day, just before the campaign office shooting was reported, Brown Googled “safety on glock 17,” according to the internet activity report.