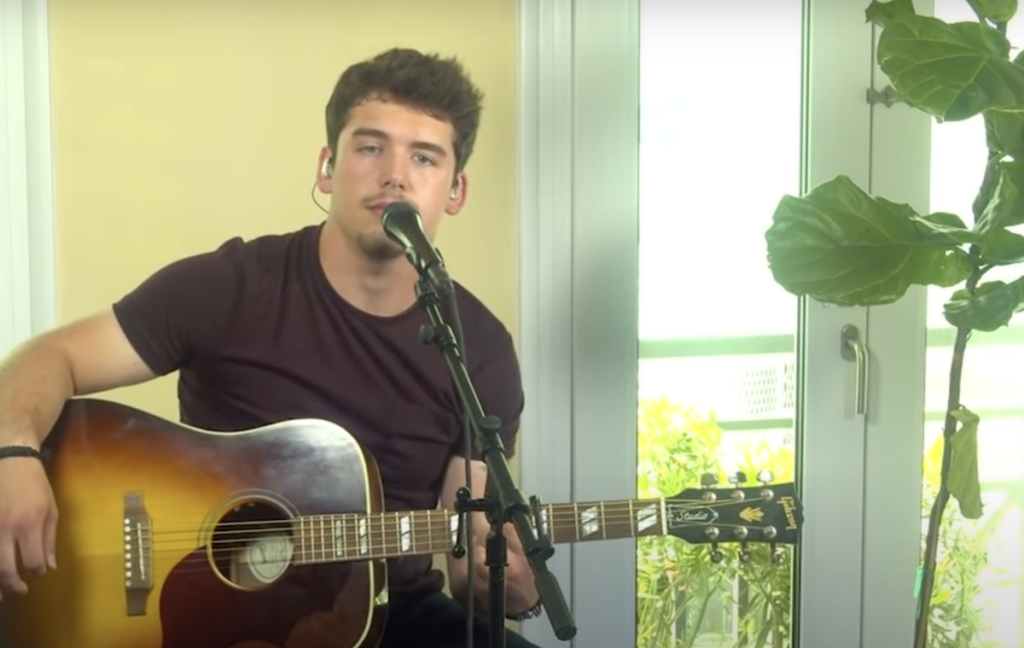 Noah Thompson performed from his hotel room and still made the Top 5 on "American Idol."Photo: YouTube Screenshot

Noah Thompson, a construction worker from Louisa, Kentucky, has been winning hearts and votes since he first auditioned for “American Idol” in late February. The 19-year-old has advanced through round after round on the singing competition show — and on the most recent  episode on Sunday, he advanced to the Top 5, joining contestants Fritz Hager, Leah Marlene, HunterGirl and Nicolina Bozzo.

At the start of the episode, however, host Ryan Seacrest announced an upset: Thompson and Hager had both tested positive for COVID-19.

Thompson also announced the diagnosis in a social media post, in which he wrote, “Yes, I’m performing from my room! Was not planned, I’d much rather be on that stage with the other contestants but Covid said otherwise!! Voice is rough but I’m gonna give it my all guys, thank y’all so much for any support #americanidol #top7”

From his hotel room, Thompson performed “Painted Blue” by Sundy Best and “Landslide” by  Fleetwood Mac, both of which earned praise from the judges. After Thompson sang “Landslide,” Lionel Richie even remarked that being sick made Thompson sound even better than normal; Katy Perry told Thompson, “You did the best that you have ever done tonight.”

Watch his stirring performances below: