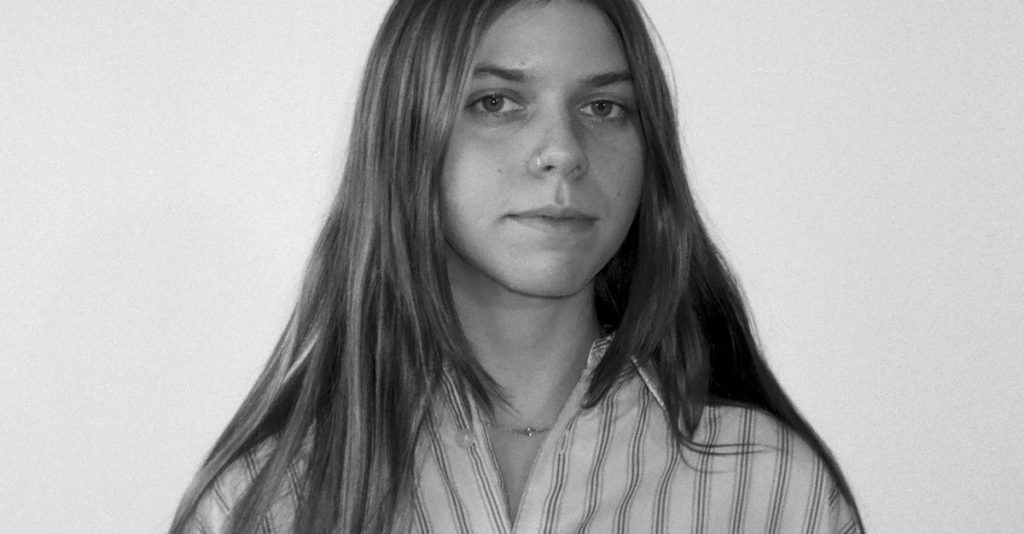 Artists are exploring the ways they need to make sense of the two years we’ve lost so far during COVID. These years are not whole, and yet we are having a unique experience that with time may fill in what feels like a gap in time. A singer-songwriter and preacher’s kid, Sarah Beth Tomberlin, who makes music under her last name, looks at this on her new record, i don’t know who needs to hear this…

“I wrote it primarily during the pandemic,” said Tomberlin, who will perform on Tuesday, June 7, at Zanzabar. “When I write songs, I don’t necessarily set out to be like, ‘I’m gonna write a song about this particular thing.’ It is like an examination of what’s going on in my life, and the world, and where I’m at with all of that. So I think it’s only natural that those themes kind of organically arrived.”

Tomberlin is sitting in a rehearsal room. In the background another band is practicing. Though it seems to be distracting to Tomberlin, I can barely hear them.

Tomberlin, like most artists (who are all probably getting tired of this question) was obviously affected by the pandemic when creating the new record. Instead of digging in her roots — she was born in Florida, raised in rural Illinois and lived in Louisville for a bit — she cut her tether and moved around.

“Every touring musician had to stop,” she said. “Touring is how we make money in this day and age when streaming doesn’t pay anyone, anything,” she said.  “And, your advance from the label generally goes to making the record. So you don’t really get paid aside from touring and selling merch.”

“So I was living with friends and ended up bouncing around,” she continued. “I was back in Louisville for a little bit, living with a friend for a moment, lived in a friend’s house in LA for a bit, was with a friend in South Carolina for a bit, and then landed in Brooklyn.”

The bouncing around gave Tomberlin something to stave off the boredom of being stuck in one place and she got to help some friends in the process, but during the time — which she calls “a bit of a shit show” — she was also writing for this record.

“It’s a wild way to try to focus. And, also just not knowing when things are coming back. It’s like this weird thing where it’s like finishing a paper or something that’s due, but the due date isn’t really known to you,” she said. “You just know it might be soon right. Like a pop quiz or something. So it was a really wild time to be working.”

Tomberlin’s website bio says that part of the making of this record was to honor space for people’s grief and anxieties including making altars, a unique perspective from having lived much of her life in the church setting.

“I had a very religious background. My dad’s a pastor and I grew up in the church, so altars to me meant a very different thing,” Tomberlin said.  “As I stepped away from that and started gaining my own idea of altars — historically I’ve always been into witches — learning a bit more about actual witchcraft has been interesting.”

“I don’t practice but it does interest me a lot, she continued. “I had a full birth chart reading in 2020. I got my first tattoo and the idea was to get a candlestick, but I kind of added some more elements and my friend gave me a full birth chart reading, and we were talking about fire. I’m also an Aries. I didn’t even think about that when I was wanting to get the tattoo, but it was just kind of unpacking all of these things and they were like, ‘This is a theme in your life for many different reasons, but have you ever thought about the intention of setting a candle, remembering yourself. You have to remember to blow out the candle.’”

Thinking about the candle and making time for herself inspired the music to help others realize the same things. Certainly, not in an obvious way but in a way that reverses the way that she was taught in the church, which was, “Forget yourself, deny yourself, focus on other people and, like, the Lord.”

She laughs as she says this. It’s a moment of realization. When you say these things aloud and you realize that living in a way where there is no space for one’s own needs or peace is unsustainable. However, being raised in the church and homeschooled gave Tomberlin something more valuable.

“I have two sisters, as well, and they [my parents]  raised us to be really critical thinkers,” she said. “And, it was always annoying growing up. It was like any book, any CD, any movie we saw; it was always, ‘What was the message of that?’”

“It was so annoying as a kid who was like, ‘Can we just watch ‘Finding Nemo’ and not talk about it? Not think about it?’”

But, the deep thinking has made Tomberlin a better writer. Her concepts are clear and she can extract what she needs from her songs and she’s excited to bring them back to Louisville.

“Every time I’m there, I’m like, ‘Fuck, I miss this place,’ but it’s good for me to be out doing different things too,” she said.

We spoke about Louisville and finding her tribe and other local folk musicians as she was leaving for Brooklyn. All water under the bridge now as she has met her tribe in Brooklyn and made some friends in Louisville, too, and she can’t wait to get back.

Tomberlin is set to perform at Zanzabar on Tuesday, June 6. Jana Horn opens. Tickets are $18.