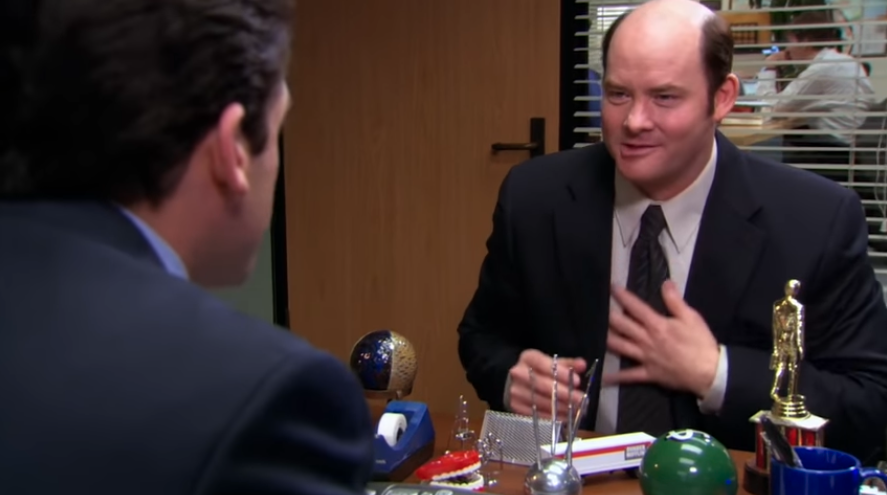 In addition to being Todd Packer, David Koechner has appeared in "Anchorman," "Talladega Nights" and other major movies.Photo: NBC

David Koechner, the actor who played Todd Packer on “The Office,” will be hosting an Office Trivia event at the Louisville Comedy Club at 4:30 p.m. this Saturday, May 21 — in character. Which, if you know the Packer character, a highly-inappropriate salesman… well, it should be an interesting night.

According to a Facebook post about the event, there will also be an audience Q&A, behind-the-scenes stories about Koechner’s time on “The Office,” a meet-and-greet after the event with photos. The top two winning teams will get to act out an “Office” scene with Koecher.

General admission tickets are $25 a person, and you can buy them at this link. The event is 18+ with ID.

Koechner has a long IMDB list outside of “The Office.” The comedian has starred in “Anchorman” and as a voice on “American Dad!” Koechner got his start doing improv comedy in Chicago, eventually performing with Second City Northwest.