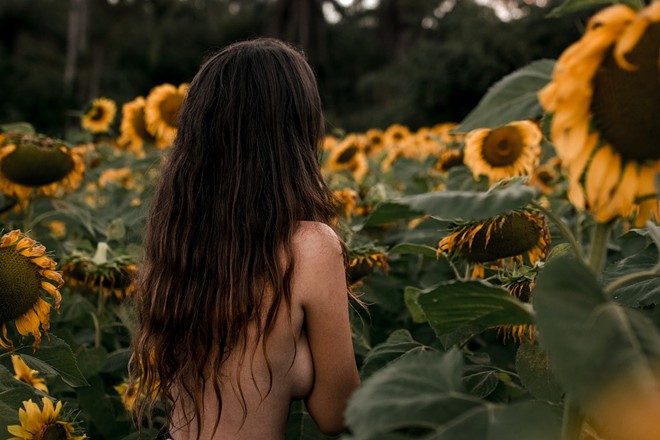 Nude gardening is a thing for some people — just maybe not for folks in Kentucky.

On the heels of World Naked Gardening Day, which was May 7, LawnStarter has compiled its 2022 list of the top cities in which residents residents can weed in the buff with less threat of the police or a nosy neighbor calling foul. Unsurprisingly, cities in restriction-happy Kentucky don’t fare well, while those in Ohio are a little more — but not much more — at ease with trimming the hedges au naturel. Indiana, on the other hand, ranked even lower than Kentucky.

To determine its rankings, LawnStarter reviewed data about exposure laws, local interest, weather and safety for the United States’ biggest 100 cities. Data was collected from the U.S. Census Bureau, City-Data.com, media coverage and a variety of databases.

In Kentucky, Lexington comes in way down at No. 90 with an overall score of 38.24 and is dead last at No. 100 when it comes to good weather for people who garden in the buff. Louisville is moderately better at No. 84, but its category rankings for weather, local interest and safety tank, at No. 92, No. 70 and No. 69, respectively.

On the other hand, Cincinnati’s friskiness leads all Ohio cities at No. 42. The Queen City is No. 7 in the in the nude gardener friendliness category — a combination of the number of nudists per 100,000 residents, urban garden friendliness, public nudity legality and punishments and toplessness. It’s also No. 25 for safety and No. 39 for local interest. Since Cincinnati’s Paradise Gardens closed in 2017, the region has just a handful of nudist resort options, including Cedar Trails Nudist Retreat in Adams County.

Cincinnati outranks all other Ohio cities in the clothing-optional world, with Cleveland landing at No. 60, Toledo at No. 64 and Columbus approaching Lexington’s prudishness at No. 87.

In Indiana, Indianapolis comes in at No. 97 and Fort Wayne comes in at No. 99, making it one of the worst states to garden in the nude, right up there with Virginia and, unsurprisingly, Alaska.

LawnStarter’s top cities for baring it all while wielding pruning sheers are concentrated in the South, where the sun’s rays easily peek into the nooks and crannies of every body. Austin is No. 1, followed by Orlando and Georgia.

See LawnStarter’s full list of top cities for gardening in the nude, and, coincidentally, where sunscreen should be applied liberally.

This story was adapted from LEO’s sister publication, City Beat. For more of their coverage, click here.