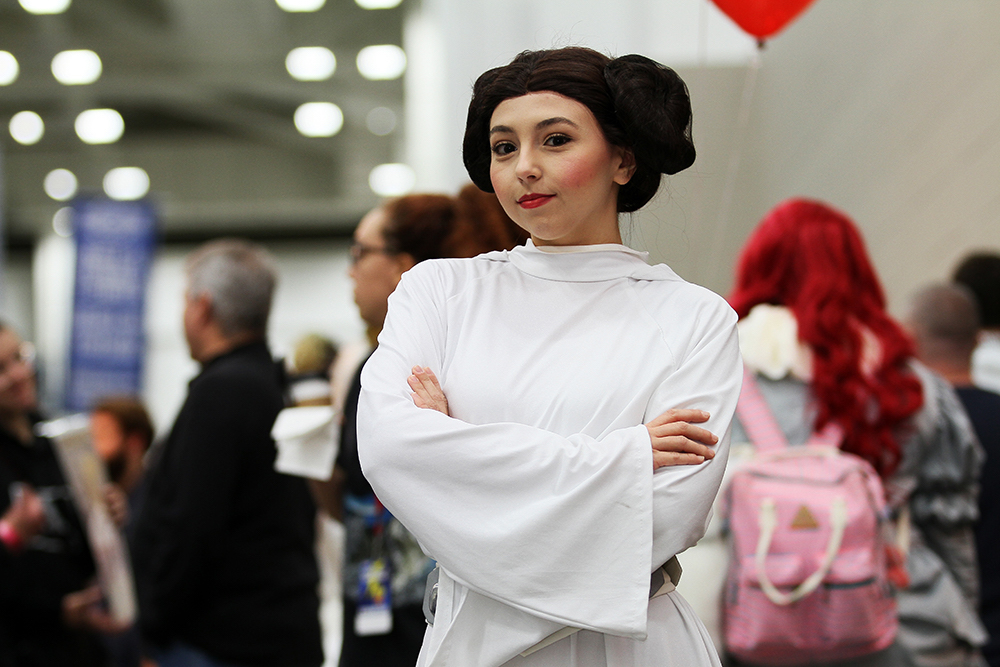 Fashion your best Princess Leia space buns for May the Fourth, because there are plenty of cosplay contests coming your way.Photo by Michelle Smith

May 4 has become the unofficial-official day for fans to celebrate all things “Star Wars” (because, y’know, May the Fourth… may the Force be with you… all that.)

Here are four events on Wednesday, May 4, for Louisvillians of all galactic species.

Annual May the 4th Be With You Bar Crawl
Bardstown Road
No cover | 5 p.m. – midnight
Hosted by local nonprofit The Nerd Nation, this bar crawl will travel to 14 bars on Bardstown Road, most of which will have specialty “Star Wars”-themed drinks on offer. The best cosplays will win prizes.

Star Wars Trivia
Falls City Brewing Co.
Free | 7:30 p.m.–9:30 p.m.
Exactly what it says in the name: trivia for people who know the “Star Wars” universe inside and out.

Attack of the Tassels: The XXXtended Version
Zanzabar
$12 presale, $15 day of show, VIP tables $100 | 9 p.m.
This night of “Star Wars”-themed burlesque and drag performances will include showings from characters like KyHoe Ren, Jar Jar Kinks, the Stormboobers, Darth Baber, Han (Job) Solo, and R2doubleD2, among many others. There’ll also be a cosplay contest for audience members, so dress in your naughtiest “Star Wars” finery.