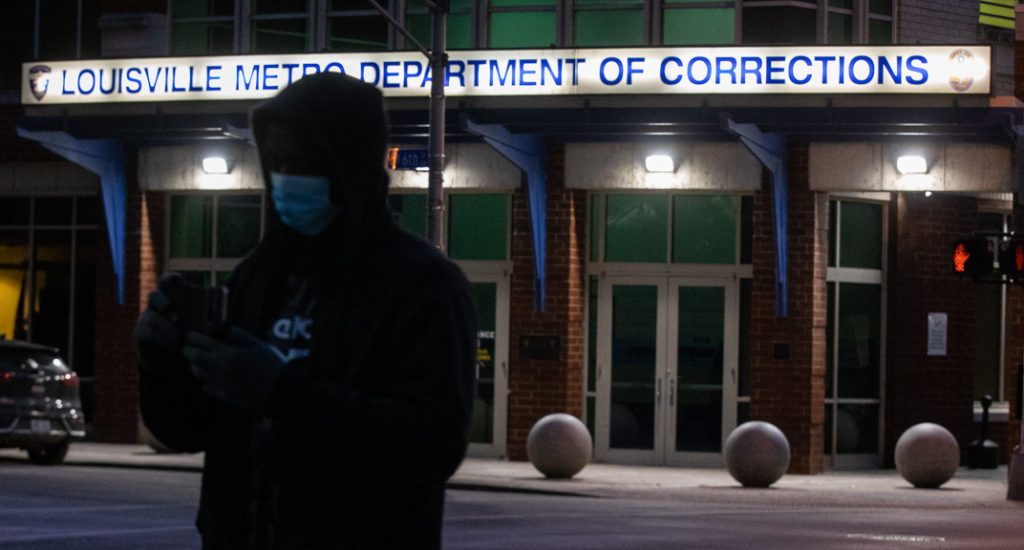 The Louisville Metro Department of Corrections has seen eight deaths since November.Photo by Carolyn Brown

A Louisville Metro Department of Corrections food services contract employee was arrested on drug charges on Friday morning, with the jail saying they believe the worker was smuggling narcotics into the facility with the intent to distribute them among the inmate population.

In a statement, Metro Corrections said that “Marissa Brown (aka Carlotta Phillips)” was arrested at around 9 a.m. Friday morning on charges of possession of a controlled substance in the first degree, promoting contraband in the second degree and prescription not in a proper container.

Possession of a controlled substance is a Class D felony punishable by up to three years in prison. Promoting contraband in the second degree and prescription not in a proper container are both misdemeanor offenses.

According to the statement, Metro Corrections detectives “gained information” that led them to believe that Brown was smuggling narcotics into the jail. In a subsequent search, they found “close to sixty various pills” in Brown’s possession.

The jail’s online inmate lookup does not list Brown but does list Phillips, the second name Metro Corrections provided for the person who was arrested. LEO was unable to locate an arrest citation for either name in an online database for the court system or by reaching out to court record keepers.

Metro Corrections spokesperson Maj. Darrell Goodlett said he did not have a copy of the arrest citation and said that LMDC director Jerry Collins would be available to provide more details about the incident on Monday.

According to the statement, after Brown’s arrest, a search of the jail’s food service area turned up “several individually wrapped bindles of gray powder suspected to be fentanyl.” In connection to the suspected fentanyl found, the jail said an inmate was charged with trafficking in a controlled substance in the first degree, promoting contraband in the first degree and tampering with physical evidence. The jail said they were investigating whether Brown was connected to the narcotics found after her arrest.

The arrest of the contract employee comes after the jail has vowed to crack down on drugs entering the troubled facility after the deaths of eight inmates since late November, several of which have been attributed to overdoses.

In late March, the jail announced that as part of its efforts to keep drugs out of the facility, inmates would receive copies of mail instead of some original mail items, would no longer be permitted to receive books or magazines from third parties and that the jail would begin using new body scanners to screen inmates.