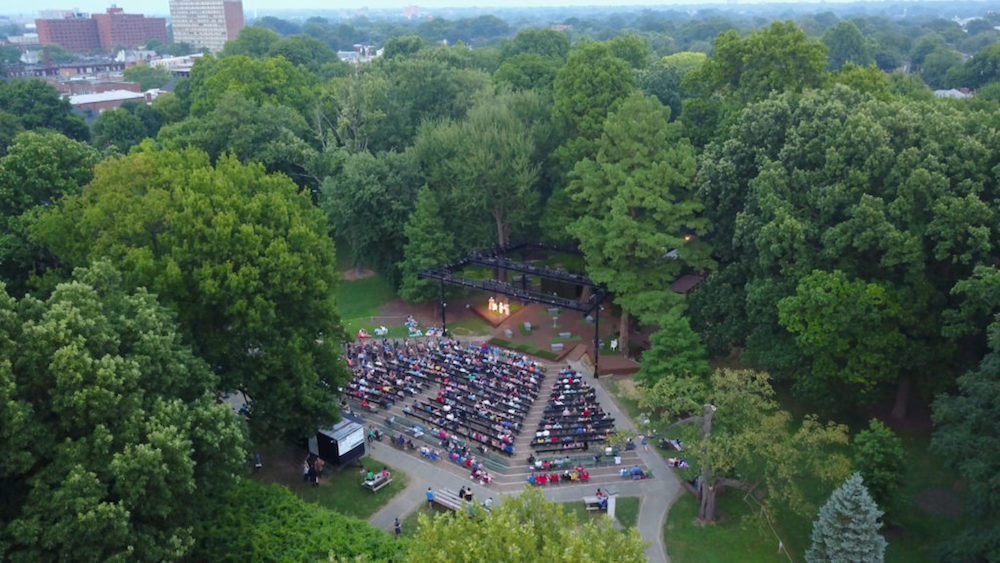 In this season of Kentucky Shakespeare:

The season kicks off with Shakespeare’s classic romantic comedy of mistaken identity, music, and the madness of love, where nobody is quite what they seem and anything is possible. Set in 1920’s New Orleans, the production features a live jazz band onstage!

“I am determined to prove a villain
And hate the idle pleasures
of these days.” – Act I, scene 1

Shakespeare’s charismatic, power-hungry villain embarks on an unrelenting campaign for the crown, chronicling the cataclysmic end of England’s greatest power struggle, the Wars of the Roses, in this thrilling finale to the history cycle. Neill Robertson returns to the Kentucky Shakespeare stage to play the titular villain.

Presented with the Louisville Ballet:
Shakespeare in Dance: “As You Like It”
Directed by Roger Creel
Aug. 3-7

Rounding out the Kentucky Shakespeare Festival season, Louisville Ballet returns to the Festival stage for a sixth season to present Shakespeare in Dance, a Shakespeare-inspired dance premiere.