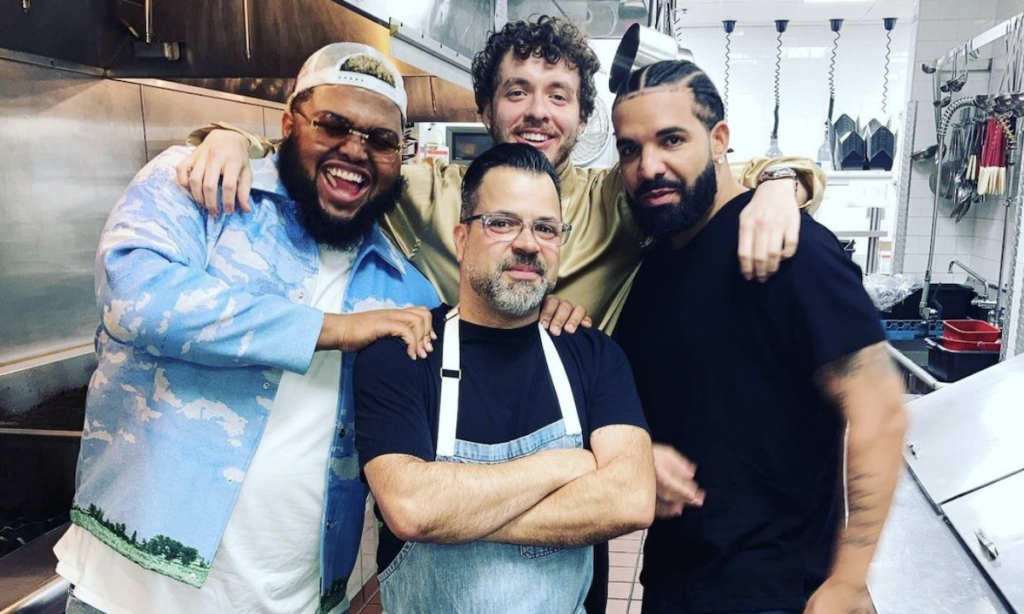 Jack Harlow did more than feature Drake on his new song “Churchill Downs,” he’s brought him there. Or at least is showing him Louisville during the Derby.

Louisville native rapper Harlow was spotted around town with the Canadian legend Drake on Derby Eve, which also happened to be the day Harlow’s new album, Come Home The Kids Miss You, dropped.

They showed up at Seviche, one of Harlow’s favorite places to eat, according to an Instagram post from chef/owner Anthony Lamas. (Comedian Druski was there, too.)

In “Churchill Downs,” Drake references the Derby, rapping, “Kentucky Derby races, my presence in the spot is so abrasive. Box at the Churchill Downs, that’s motivation, yeah.”

A demo of the track “Churchill Downs” leaked in April, which Harlow told the New York City radio station Hot 97 “hurt his feelings” because it wasn’t ready to be released yet, although Drake advised him not to worry about it.

Drake hasn’t shown up to Churchill Downs yet today, with Harlow appearing alone on the red carpet. He’s set to give the “Rider’s Up” call at the track later today.