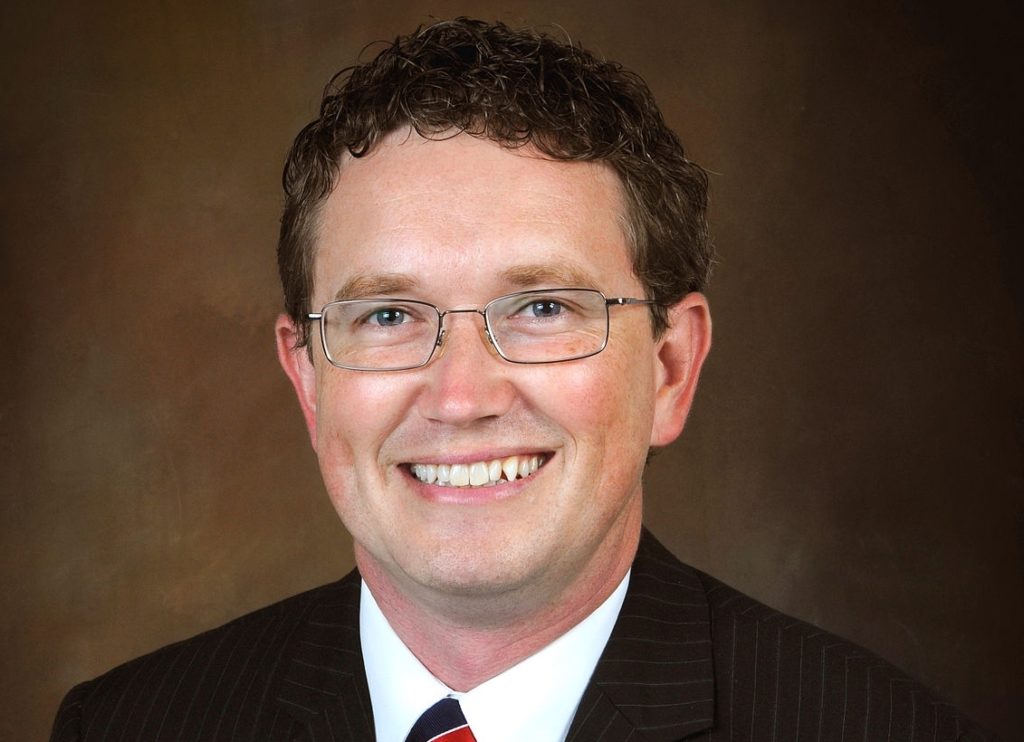 A little more than two years after calling Kentucky Rep. Thomas Massie a “third rate Grandstander” who should be thrown out of the Republican Party, former President Donald Trump has endorsed the 4th District representative who is seeking re-election in 2022.

While Trump lashed out at Massie back in March of 2020 for attempting to force a recorded vote on a COVID relief package, the 45th president — who now tries to play kingmaker — has apparently softened his opinion.

In an endorsement statement posted to his website today, Trump called Massie “a first-rate Defender of the Constitution.”

“Congressman Thomas Massie is a Conservative Warrior for Kentucky’s 4th Congressional District! An MIT graduate and a first-rate Defender of the Constitution, Thomas fights hard to Protect your Liberties, especially the First and Second Amendments, which are under siege by the Radical Left,” the statement read. “Strong on the Border and our Military and Vets, Thomas Massie has my Complete and Total Endorsement!”

Kentucky’s 4th District Republican primary is shaping up to be one of the most bizarre races in the country.

Massie — a Tea Party conservative who once compared restaurant vaccine mandates to the Holocaust — has some competition, maybe not in terms of political wit, but on the front of people who do things that are completely off the rails.

Alyssa Dara McDowell — who is best known for rushing the stage at a GOP watch party to falsely tell the crowd that Matt Bevin was elected governor before being escorted away — filed to run for the seat.

The cartoonish George Foking Washington is also running; he seems like a Saturday Night Live character, but, you know, actually dangerous. So far, his campaign has revolved around making videos where he pours what appears to be piss on models of the Capital building.

But, the most disappointed candidate has to be Claire Wirth, who has built her entire campaign challenging Massie to revolve around how she’s a Trump-like Republican.

In a campaign video, Wirth wears a MAGA hat and says, “Just like President Trump, I built a real estate empire, and now I’m building on his mission to save America. We can’t keep sending the same spineless career politicians to Washington and expecting different results. What Donald Trump showed the world is that nothing scares a corrupt politician more than a conservative outsider.”

After Trump endorsed Massie, Wirth put out a message on social media, saying, “When we win, it won’t be because we had to be endorsed. It will be because we earned it.

I am so grateful to serve a Mighty Savior Jesus who even in our most difficult moments never gives up on the people he loves. I will NEVER betray the constituency the way establishment has betrayed us, time and time again.”