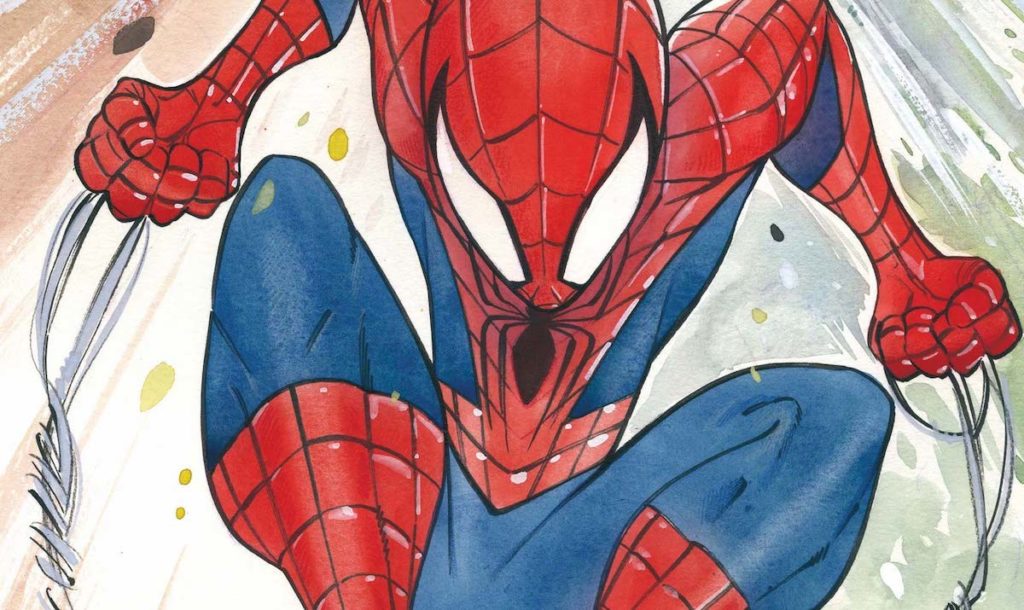 “Twig” #1
Written by Skottie Young
Art by Kyle Strahm
Colors by Jean-Francois Beaulieu
This is a beautiful book to look at, and with Skottie Young writing, the story is compelling, as well.  It’s drawn by Kyle Strahm, who builds a world of his own with fantastical beings and settings that are literally out of this world. Add the colors by Jean-Francois Beaulieu and it becomes a feast for the eyes.

Twig is a little blue fellow with big eyes and, for gosh sakes, he’s late!  He’s overslept on a very important day, and his snail-like sidekick Splat didn’t bother to wake him, even though he knew being late was not something they should be. They rush out the door on their way to Mount Guphin. As they pass friends and acquaintances on the way, all remind him of his lateness, which doesn’t help at all.

When Twig and Splat make it to the mountain, it too informs him of his lateness. It seems this is Twig’s first day as the new Placeling and that involves a journey into the mountain (through his mouth, no less) where Twig discovers a very significant stone, setting him on a mysterious beginning to his new job.

This five-issue series is, so far, suitable for all ages.  Whether or not it stays that way is yet to be seen.  I’m so looking forward to the next issue of this gorgeous book!

Amazing Spider-Man #1
Written by Zeb Wells
Art by John Romita Jr.
Spider-Man is not getting along with all his usual allies, including Aunt May. As I was reading the all new #1 issue, it definitely made me think I’d stepped into a conversation that had already started, but I’m sure that’s on me, as I haven’t kept up on all the comings and goings of our favorite web slinger lately. We have the usual run-ins with villains and friends that usually happen in Spidey’s titles, but this story has a sadness about it, and a Peter Parker that’s different. So many different artists and writers have taken on this character but he still tends to have an optimism about him that’s missing here.

He and Mary Jane are on the outs, and she doesn’t even want him to call her anymore. The last panels give us a huge twist, that if it remains canon, could mean big changes in Peter Parker and Spider-Man’s world.

As we’re nearing the milestone issue of Amazing Spider-Man #900 (also known as Amazing Spider-Man #6) it was odd to me that Marvel decided to put out the same title starting over with #1. What are they doing?! But they’ve brought back legendary Spider-Man artist John Romita Jr., so let’s hope there’s method to their madness!